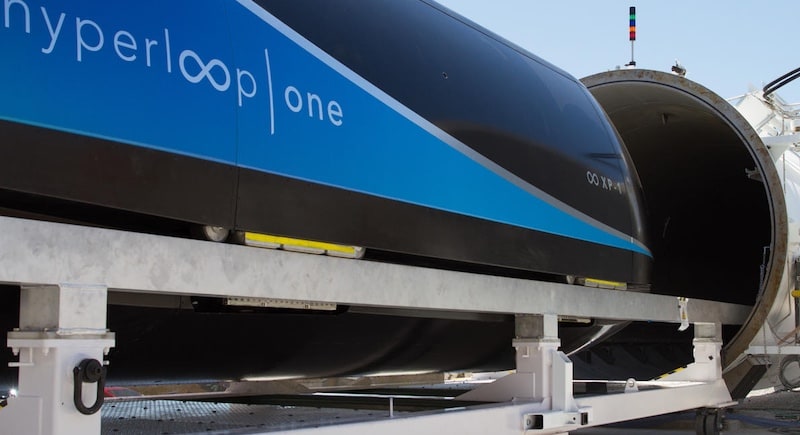 Hyperloop One's plan to bring its high-speed transportation solution to select places including India is chugging along smoothly. The California-headquartered company has announced 10 winners of its Hyperloop One Global Challenge, through which it sought to find teams that devise prototypes and feasible proposals of Hyperloop's high-speed transportation solution in their neighbourhood. Two winning teams are from India, the company said.

The company said teams that had built the prototype and conducted extensive research for the following routes have won. Bengaluru-Chennai (India), Mumbai-Chennai (India), Cheyenne-Denver-Pueblo (US), Chicago-Columbus-Pittsburgh (US); Miami-Orlando (US), Dallas-Houston (US), Edinburgh-London (UK), Glasgow-Liverpool (UK); Mexico City-Guadalajara (Mexico), and Toronto-Montreal Colorado Department of Transportation (Canada) are those routes. The two India routes were developed by AECOM India and Hyperloop India, respectively.

Hyperloop One said it will now work closely with each winning team to analyse their proposals and assess commercial viability. The company will also work with the teams to conduct business case, preliminary technical analysis of the route and corridor, and provide initial ridership forecasts.

"The Global Challenge became a movement of thousands of people from more than 100 countries over six continents. Like us, they believe that Hyperloop will not only solve transportation and urban development challenges within communities, it will unlock vast economic potential and transform how our cities operate and how we live. Our successful test this summer made Hyperloop a reality, and now we're ready to bring our Hyperloop system to the world," Shervin Pishevar, co-founder and executive chairman of Hyperloop One said.

More than 2,600 applicants had participated in the Hyperloop One Global Challenge, which began last year. The vast majority of applicants were from India, Pishevar said earlier this year during his trip to India, in which he met the then Railways minister Suresh Prabhu.

Even as there is much time and work needed to be over before we finally know whether India would get Hyperloop One's high-speed trains - there is also regulatory and government approvals that are required, the prospect of the country ever getting these high-speed trains has many excited. A trip from Mumbai and Delhi by regular train takes a full day, for instance. The same trip on a Hyperloop One train would be over in less than an hour.

Interestingly, Hyperloop Transport Technologies, the other company which is also trying to build solutions based on Elon Musk's vision, signed a memorandum of understanding with Andhra Pradesh government to conduct studies for the route between Vijayawada and Amaravati earlier this month.