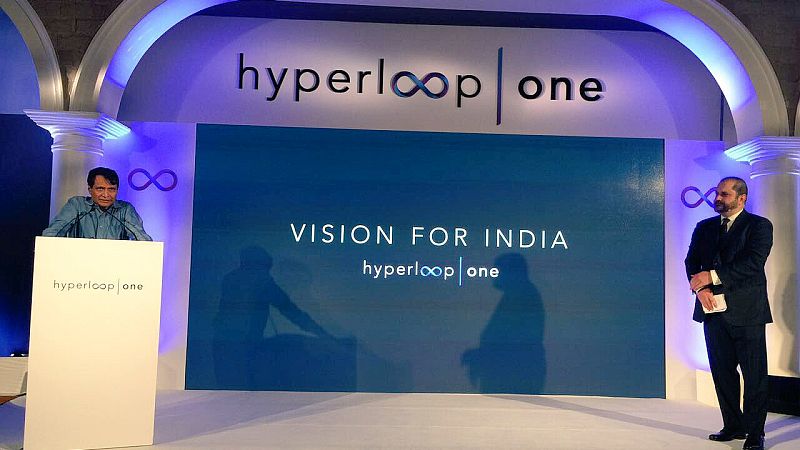 Though the Hyperloop concept proposed in 2013 has seen much interest, Hyperloop One claims to be the only company that is building a functional Hyperloop system, and successfully demonstrated propulsion motor in May 2016. Hyperloop One also confirmed that it will have world's first full-system test this year in Nevada.

To recall, Hyperloop One back in January disclosed a list of locations around the world vying to put near-supersonic rail transit system to the test which included Delhi and Mumbai from India. The Dinclix GroundWorks proposed Delhi-to-Mumbai route via Jaipur and Indore which is 1,317 kilometres in 55 minutes. Other teams and locations include Hyperloop India which came with Mumbai-to-Chennai via Bengaluru route measuring 1,102 kilometres in just 50 minutes, and Infi-Alpha which proposed Bengaluru to Chennai route of 334 km in 20 minutes.

Shervin Pishevar, Executive Chairman of Hyperloop One, on the announcement said, "Prime Minister Narendra Modi's vision for transforming India and the role he sees of technology in driving this change is indeed remarkable. India is an extremely important geography for developing Hyperloop networks and reimagining how cities and regions work. The Prime Minister's vision of connecting the country is directly aligned with Hyperloop One's objective of connecting the world. With initiatives such as 'Make in India' and 'Digital India', we do see ourselves working in this direction in India."

Rob Lloyd, CEO of Hyperloop One, said, "Hyperloop One will help accelerate India's growth towards building substantial infrastructure that is both financially and environmentally sustainable. A transportation system like the Hyperloop will undoubtedly ease the pressure on existing infrastructure while enhancing the quality of life of the people. We are already working with the governments around the world on passenger and freight projects, and we look forward to also partnering with India to support this endeavour."