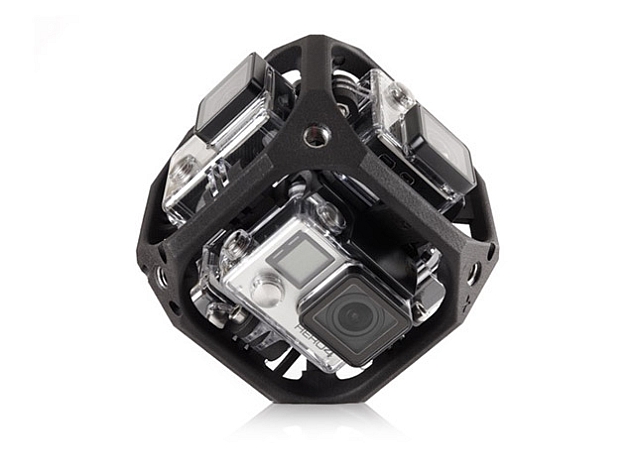 GoPro CEO Nick Woodman on Thursday at the Code Conference in the US announced the company's future plans of creating a quadcopter drone, alongside the plans to sync GoPro cameras to cloud and to make a spherical camera mount for better VR experiences.

Talking about the quadcopter drone, Woodman said, "It seemed natural to us that we're in the GoPro enabling business and drones are the ultimate GoPro accessory... that was all the rationale we needed to say OK. It's core enough to our business to make sense to make our own."

He added that the GoPro cameras would stay compatible with other drones as well, as per TechCrunch. Woodman didn't reveal the pricing of the device but did mention that it would be available in the second half of next year. The move by GoPro should not come as a surprise as we have already seen many users attach the GoPro cameras to third-party drones for making videos.

Woodman also gave details on the company's spherical camera mount, which is being designed to create content for virtual reality. The ball-like mount features six GoPro Hero cameras that will together capture spherical content, which will be later knitted together for a better VR experience. Users would also be able to view the content on third-party VR headsets such as Oculus Rift, Google Cardboard and Microsoft Hololens. It can also be viewed on the Web via YouTube 360 service.

The GoPro CEO also talked about upcoming software from the firm that would sync with the user's cloud storage and would wirelessly send the footage to the cloud. This would eliminate the need to use USB cables and SD cards. The software however, is said to be in 'alpha' stage inside the company. The software would let users view and edit the capture video footage.

Talking about virtual reality, GoPro last month announced that it would buy Kolor, a virtual reality software maker. "It's very clear based on this acquisition they (GoPro) are probably going to develop a camera that can record video 360 degree, the spherical video," said Dougherty & Co analyst Charles Anderson to Reuters at the time of the announcement.