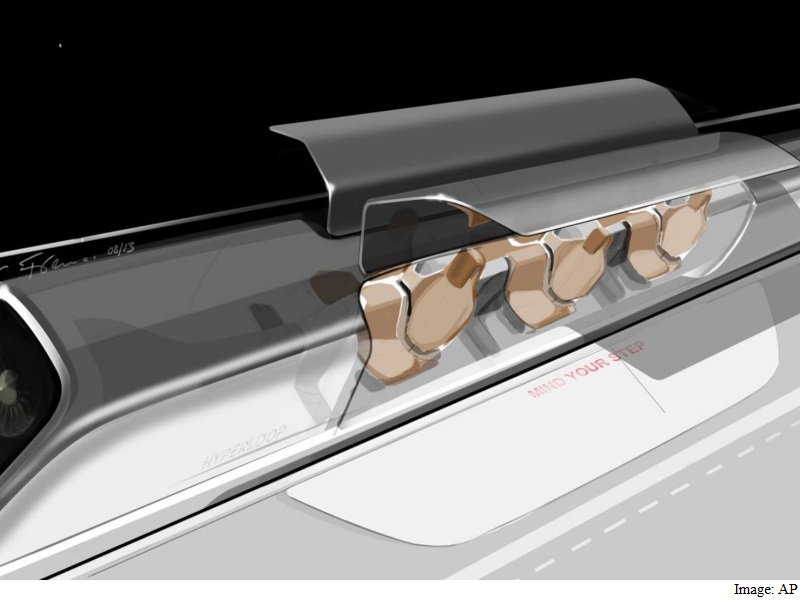 Hyperloop One startup, intent on zipping people along at near-supersonic speeds in pressurized tubes, announced Tuesday that the French national rail company had joined its growing list of backers.

Hyperloop One said that it raised $80 million (roughly Rs. 533 crores) in fresh funding from an array of investors, including GE Ventures and France's SNCF.

"The overwhelming response we've had already confirms what we've always known, that Hyperloop One is at the forefront of a movement to solve one of the planet's most pressing problems," Hyperloop One co-founder Shervin Pishevar said.

"The brightest minds are coming together at the right time to eliminate the distances and borders that separate economies and cultures."

Pishevar and Brogan BamBrogan founded Hyperloop One, originally named Hyperloop Technologies, in 2013 to make real Elon Musk's well-researched vision of a lightning-fast transport system with the potential to transform how people live.

Musk outlined his futuristic idea in a paper released in 2013, challenging innovators to bring the dream to life.

Hyperloop One, one of the startups that picked up the gauntlet Musk threw down, plans a demonstration Wednesday in the desert outside Las Vegas to show what it has accomplished so far.

BamBrogan also promised a "full-scaled, full-speed" demo by the end of the year.

"It's not just a faster train; it is an absolute on-demand experience," he said during a presentation here late Tuesday.

"It leaves when you get there and goes directly to your destination."

He went on to playfully describe Hyperloop as having such a controlled environment that it would be "elevator smooth" as well as "pet friendly, kid friendly, grandma friendly."

Hyperloop One is so confident in the speed at which the project is moving that it announced a global challenge in which businesses, governments, citizens, academics and others can submit proposals for where the systems should be built.

"Just like an Olympics bidding process, we want to understand the great ideas in the world and then extract the best one," Hyperloop One chief executive Rob Lloyd said.

"So after we had our Kitty Hawk moment, we can start to transform the world."

Kitty Hawk moment
Late last year, Lloyd said in an online post that the team was working toward a "Kitty Hawk" moment in 2016. The Wright brothers made history with the first successful powered airplane flight just outside the North Carolina town of Kitty Hawk in 1903.

The post came with word of an agreement to use an industrial park in the city of North Las Vegas to conduct a Propulsion Open Air Test of the blazingly fast rail system.

Lloyd described it at the time as a very important step on the way to realizing Hyperloop One's full potential.

"This will be over two miles of tube with a controlled environment and inside that tube we will levitate a pod and accelerate it to over 700 miles (1,125 kilometers) per hour."

Hyperloop One boasted of a growing network of collaborators interested in seeing the technology succeed and using it to revolutionize the way people and cargo get around.

Lloyd envisioned a day when factories could crank out goods on demand to have them quickly transported to far-off locations, then perhaps even delivered in autonomous vehicles.

He was also looking forward to a time when painfully congested commuter traffic would be little more than a story from a time gone by.

"I think this is going to change human behavior," AECOM multi-national engineering firm new ventures vice president Andrew Liu said while taking part in an onstage exchange between some of those lending expertise to Hyperloop One.

"I believe it will do to the physical world what the Internet did to the digital world... My son may never know what a long-distance relationship is because 300 or 400 miles will be a 20 minute commute."