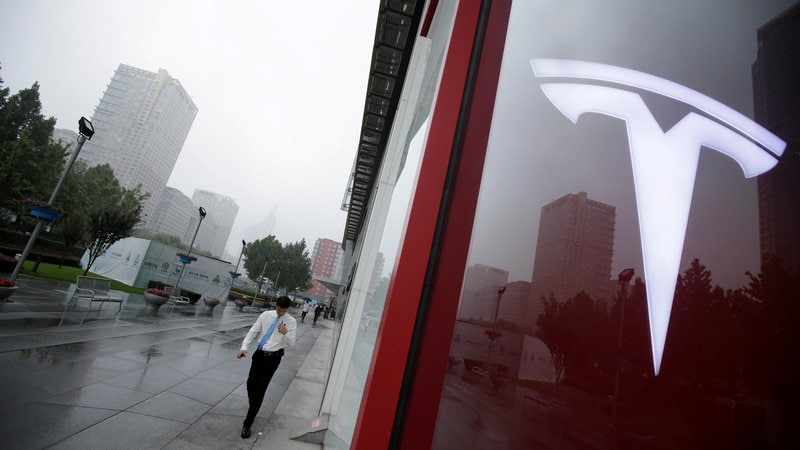 A former Tesla employee at the electric car maker's battery plant in Nevada is seeking at least $1 million (roughly Rs. 6.87 crores) in defamation damages after it accused him of sabotage, hacking into computers and stealing confidential information leaked to the media.

Lawyers for Martin Tripp filed a counterclaim in federal court this week alleging any damages Tesla incurred were caused or contributed to by Tesla's "own negligence, acts or omissions."

Tripp alleges that between $150 million and $200 million worth of battery module parts for Tesla's Model 3 vehicle were incorrectly handled as scrap earlier this year. He said more than 700 dented and/or punctured battery modules were not discarded and instead were being shipped or were in the process of being shipped to customers.

A punctured battery could pose a fire risk.

Tesla officials did not respond to repeated requests for comment from The Associated Press on Thursday.

Tripp said he was recruited by Tesla, moved to Sparks, Nevada, from Wisconsin and started working at the battery factory in October 2017 as a lead process engineering technician. He was fired June 19.

Tesla filed the lawsuit against Tripp on June 20, three days after Musk warned employees of sabotage from within the company.

In the months prior, Tripp witnessed "several concerning business practices" inconsistent with Tesla's representations to investors and the general public, according to his counterclaim filed in US District Court in Reno on Tuesday.

Tripp said he repeatedly questioned supervisors about the large quantities of waste and scrap vehicle parts he observed "lying haphazardly on the ground inside the Gigafactory." But his concerns were never addressed or resolved, Tripp said.

Tripp said he emailed CEO Elon Musk directly about his concerns on May 16 before Musk was scheduled to visit the factory east of Sparks that night. Later that day, Tripp said his manager asked him to forward the email he sent to Musk "so that I can avoid getting fired tonight," according to the lawsuit.

His counterclaim says a design engineer also told Tripp to clean up the production line area so Musk wouldn't see the mounds of scrap and waste lying on the ground, but Tripp declined to do so because he wanted Musk "to see how the Gigafactory was actually being operated." He said he was reassigned to a different position the following day.

Tesla's original lawsuit said Tripp admitted to Tesla investigators that he wrote software that transferred several gigabytes of data outside the company, including dozens of photographs and a video, according to the lawsuit filed Wednesday. Hacking software from Tripp also was running on three computer systems of other employees "so that the data would be exported even after he left the company and so that those individuals would be falsely implicated," the lawsuit alleged.

The lawsuit said Tripp made false claims about the information he stole, including claims that Tesla used punctured battery cells in the Model 3, and claims about the amount and value of scrap material generated by Tesla's manufacturing process. Some of the claims made it into media stories about the company, but media organisations are not identified in the lawsuit.

Tripp, a former aviation electronics technician in the US Navy who worked two decades in the electronic and engineering industries, said in his counterclaim he "did not sabotage Tesla or its operations" and his actions "were necessary, reasonable and/or privileged."

He acknowledged in the counterclaim that he had made claims about the scrap and punctured battery cells being used in Model 3 vehicles. But he said he did not direct code changes to the Tesla Manufacturing Operating System under false user names or export large amounts of highly sensitive Tesla data as Musk had asserted.

After he was reassigned to a new position, Tripp "learned of and witnessed additional unnerving, dangerous and wasteful business practices," including employees systematically reusing parts and battery cells that had been previously discarded as waste, the suit said.

The scrap problem dramatically increased in March 2018 when Tesla initiated a company-wide effort to reach its publicised goal of producing 2,500 Model 3 vehicles per week, the lawsuit said. It said the production push - with an objective of making 5,000 vehicles per week by July 2018 - was known as the "March to 2,500."