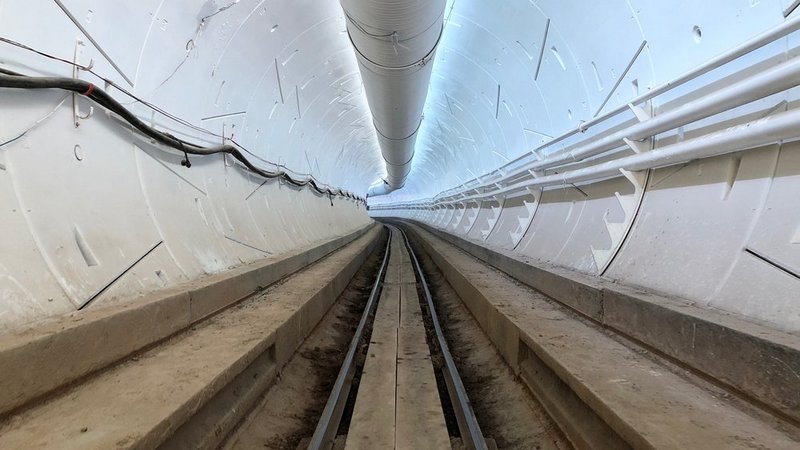 The Boring Company announced Tuesday that it's cancelling plans to open a high-speed subterranean test tunnel in Hawthorne California, less than two weeks from its scheduled debut, according to NBC News.

The company, which was founded by billionaire inventor Elon Musk, said it withdrew its project after it settled with community groups that had sued the Los Angeles government over plans to exempt the company from an environmental review process, according to the report.

The Boring Company did not immediately respond to a request for comment.

The idea behind the underground tunnel network was spawned "to solve the problem of soul-destroying traffic," Boring says on its website. The transportation business hopes to alleviate urban congestion by lowering the cost of tunnelling projects and building a viable high-speed alternative to driving with a mass transit system that eventually spans the country.

Boring also wants to create ultra high-speed transit through the use of pod-and-tube transportation systems, known as a Hyperloop. This vacuum-based system could be used for longer trips, moving people and cars without wind resistance at faster than 600 miles per hour.

Founder Elon Musk said last month that the Boring Company would hold an event to showcase the Hawthorne tunnel on December 10, and offer free rides to the public the next day. Musk said on Twitter that passengers would travel as fast as 155 mph. But the cancellation is the latest instance of Musk overpromising on a project.

Other Boring tunnel projects are ongoing, including plans to connect Los Angeles neighbourhoods directly to Dodger Stadium. Another proposed route would take people from Washington, DC, to New York in less than 30 minutes. And another would provide high-speed transit in Chicago, according to the company's website.

The cancelled test tunnel comes on the heels of another high-profile legal setback for Musk, stemming from a tweet. In September, he agreed to step down as chairman of Tesla, his electric car company, as part of a settlement with the Securities and Exchange Commission. The agency sued Musk for allegedly lying to investors on Twitter about securing funding for a deal to take Tesla private. Musk also agreed to a $20 million fine, and Tesla committed to more closely monitor Musk's public communications.