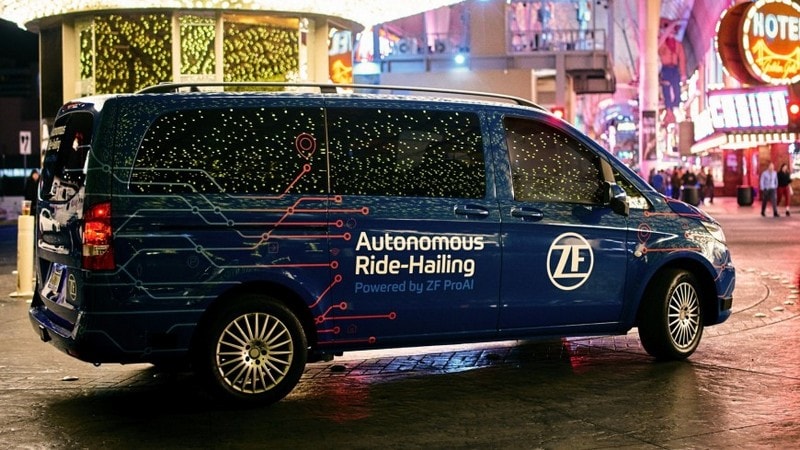 German auto parts supplier ZF Friedrichshafen AG rolled out its newest self-driving car computer on Monday at the Consumer Electronics Show in Las Vegas and offered the option of using Xilinx chips in some of its devices for the first time.

ZF, a longtime supplier of transmissions and other critical parts which has branched into sensors and computers for self-driving vehicle systems, hopes its ProAI RoboThink will one day power fully autonomous-driving cars that can roam anywhere - what the industry calls "level five" driving.

The new computer is aimed at traditional automakers as well as ride-hailing companies and so-called robo-taxi companies working on alternative types of vehicles, the company said.

For the several other tiers of computers it produces for cars that are not yet fully self-driving but feature significant automation, ZF is offering for the first time the option of using a chip made by Xilinx rather than Nvidia Corp, the industry leader.

That would include "level four" driving that would allow cars to drive themselves on certain roads or in certain geographic areas.

Of the more than 160 million Xilinx chips in automotive systems today, nearly half are in driver-assistance systems such as cruise controls that keep a set distance from other cars.

ZF's announcement marks one of the first times a Xilinx chip is being used to speed up the computing for a more advanced self-driving system.