Panasonic, Qualcomm, and Google are working together to create an Android-based in-vehicle infotainment (IVI) system, the former has announced at CES 2017. It will be based on the latest version of Android, v7.0 Nougat, and use Qualcomm’s Snapdragon 820Am processor.

Before you get confused, this is entirely different from Android Auto, which projects an optimised version of your smartphone’s UI onto your car’s dashboard. It’s better to think of this as an Android-based car platform, which Google talked about during its I/O event last year. That means it enables all the functions of a car, while providing drivers with “a unified experience across an automaker’s entire vehicle lineup”.

"Android has evolved into a turn-key automotive platform that enables automakers and suppliers to build powerful next-generation IVI systems,” Patrick Brady, director of Android Engineering at Google, said in a statement. “We are excited to see industry leaders like Panasonic Automotive and Qualcomm Technologies integrate Android deeply with the car to provide drivers with a seamless connected experience."

And since Android is open-source, that means automakers can customise it any way they like, be it for different applications, screen sizes, and resolutions. That’s great for car companies as it gives them more control over the experience being provided to owners, which extends their brand. Having a single OS across the entire lineup means that manufacturers will be able to optimise their engineering investments, Qualcomm said in its announcement.

“From the beginning, our goal was to create an IVI system that shortened production time, minimized development cost for major OEMs globally, and allowed for more efficient IVI evolutions as time and technology changes in mobility,” Tom Gebhardt, president of Panasonic Automotive, explained. “Through working with Qualcomm Technologies and Google we [could] accomplish that goal, resulting in an infotainment system concept that is innovative and future proof. This concept should be considered ‘skip generation’ IVI technology, meaning that we expect it include features beyond that of the next two IVI generations ahead.” 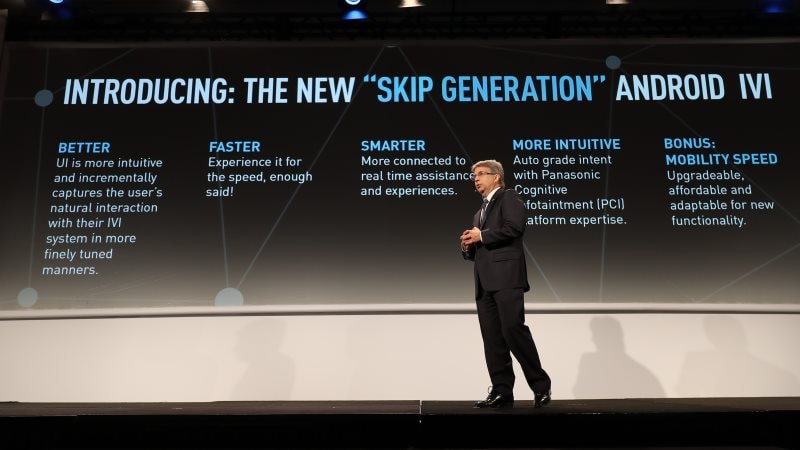 Further reading: Panasonic, CES, CES 2017, Qualcomm, Google
Akhil Arora Email Akhil Akhil Arora covers entertainment for Gadgets 360, interviewing stars such as Christian Bale and Anurag Kashyap, covering series premieres, product and service launches across the globe, and looking at American blockbusters and Indian dramas from a global socio-political and feminist perspective. As a Rotten Tomatoes-certified film critic, Akhil has reviewed over 150 movies and TV shows in over half a decade at Gadgets 360. When he is not completely caught up with new film and TV releases, Akhil ...More
Mass Effect 2 Is Now Free on Windows PC
BlackBerry Mercury Will Not Launch in India, Says TCT