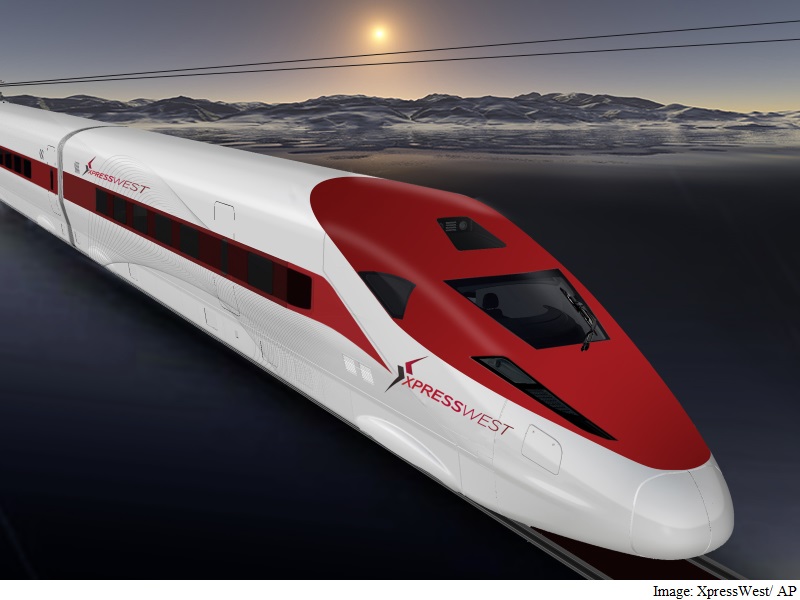 A California company with visions of building a futuristic transportation system to one day zip people and packages at nearly the speed of sound announced Tuesday it is building a test facility in southern Nevada.

Hyperloop Technologies Inc. and the Nevada governor's office said the 50-acre facility at a fledgling North Las Vegas business park will test a linear electric motor at speeds up to 335 mph - about half the speed envisioned in a full-scale system.

"This decision represents another major milestone in our journey to bring Hyperloop to commercial reality," Rob Lloyd, CEO of the Los Angeles-based company, said in a statement.

Jennifer Cooper, spokeswoman for the Governor's Office of Economic Development, said no tax incentives were involved.

The concept, which was described in 2013 by Tesla and SpaceX billionaire Elon Musk, rips a page from science fiction and aims to make it reality.

Pressurized capsules would zoom on a thin cushion of air through pneumatic-style tubes with little friction, powered by magnetic attraction and solar power. Developers envision transporting freight and passengers at speeds up to 750 mph - a pace that could cut the 400-mile trip between Los Angeles and San Francisco to less an hour. The speed of sound is 767 mph.

"The physics of it works," said R. John Hansman Jr., aeronautics and astronautics professor at the Massachusetts Institute of Technology. But he compared the idea to putting a man on the moon, and called the engineering, technology, scale and cost challenges significant.

"The real question is, can you get it to a point where it will be cost-competitive with other means of transportation?" Hansman said. "That's a big unknown."

James E. Moore II, director of the transportation engineering program at the University of Southern California, said a lot of safety, comfort and system questions have yet to be answered. He noted that magnetic levitation rail proposals haven't been developed to fill a niche between air travel and automobile routes linking California's northern and southern cities.

Musk has suggested that a functional hyperloop system could cost $6 billion (roughly Rs. 40,127 crores), although others suggest the figure will be much higher.

Installation of a 1-kilometre track, a little more than a half-mile, is expected to begin this month at the Mountain View Industrial Park in North Las Vegas. The site is part of a sprawling 28 square miles of undeveloped land known as the Apex Industrial Center about 15 miles northeast of downtown Las Vegas.

The company said testing will start early next year, with full operation projected for early 2017.

He is backing an engineering competition aimed at developing a hyperloop prototype.

Hyperloop Technologies said it was still looking for a site to build a 3-kilometer, or nearly 2-mile test track for more extensive testing. It said the goal is to deliver a commercially viable, fully operational transport system by 2020.

The development represents a boon for North Las Vegas, a city of about 220,000 residents that boomed as the nation's fastest-growing city in the early 2000s and nearly busted when the recession hit and pushed it close to the edge of insolvency.

"This is a huge development for our city and for the entire region," Mayor John Lee said Tuesday. "We welcome Hyperloop Tech as one of the innovative job creators who will transform the landscape of Apex and diversify our economy."

Lee and Nevada officials also hope to attract electric car company Faraday Future, which is expected to announce soon whether it will put a $1 billion (roughly Rs. 6,685 crores) factory and an estimated 4,500 jobs in California, Georgia, Louisiana or Nevada.

Gov. Brian Sandoval called it exciting for Nevada to be "on the ground floor of what could be one of the great new technologies."

"I'm hopeful that as we demonstrate that we're able to accommodate a project of this significance that that will show maybe similarly situated industries that Apex and southern Nevada and the state of Nevada is the place to be."