The latest delay in fixing the Max came a day after the disclosure that government test pilots found a new technology flaw. 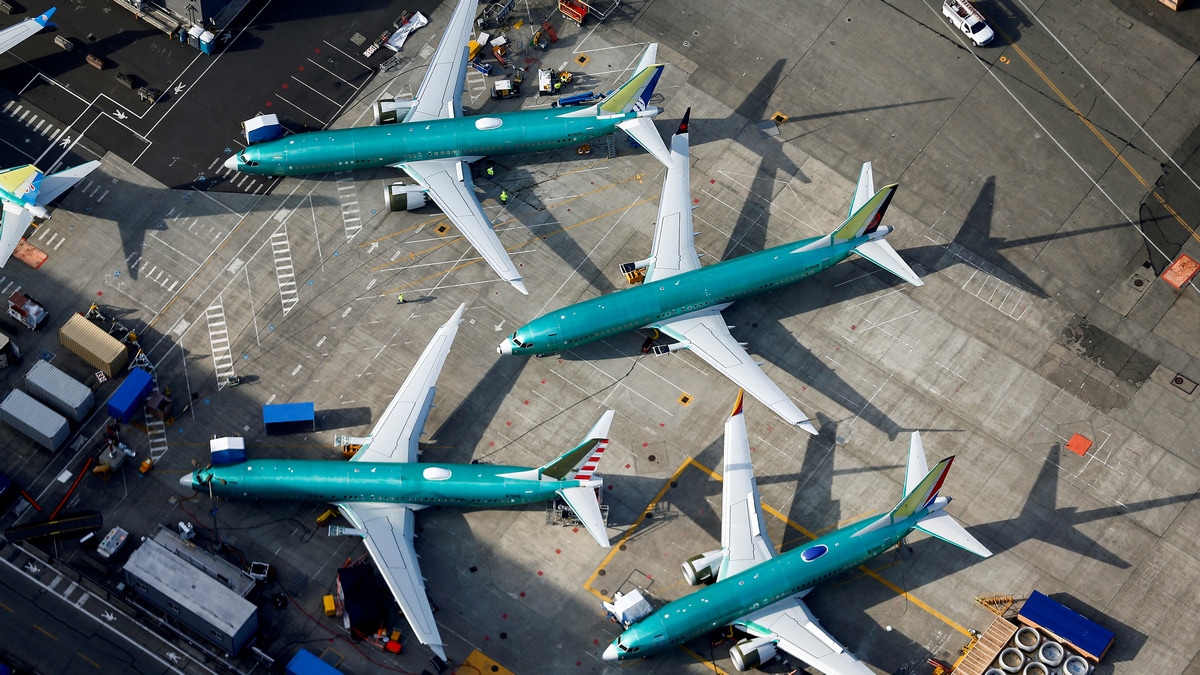 Boeing 737 MAX airplanes parked on the tarmac at the Boeing Factory in Renton, Washington, US

Boeing says it expects to finish work on updated flight-control software for the 737 Max in September, a sign that the troubled jet likely won't be flying until late this year.

The latest delay in fixing the Max came a day after the disclosure that government test pilots found a new technology flaw in the plane during a test on a flight simulator.

The plane has been grounded since mid-March after two crashes that killed 346 people. Preliminary accident reports pointed to software that erroneously pointed the planes' noses down and overpowered pilots' efforts to regain control.

A Boeing official said Thursday that the company expects to submit the software update to the Federal Aviation Administration for approval "in the September timeframe." The official spoke on condition of anonymity because Boeing has not publicly discussed timing of the update.

Once Boeing submits its changes, the FAA is expected to take several weeks to analyse them, and airlines would need additional time to take their grounded Max jets out of storage and prepare them to fly again.

Airlines were already lowering expectations for a quick return of the plane, which has been grounded since mid-March.

Southwest Airlines, the biggest operator of Max jets, announced Thursday that it has taken the plane out of its schedule for another month, through October 1. Earlier this week, United Airlines pulled the plane from its schedule through early September.

While Boeing engineers continue working on the plane's software, company lawyers pushed Thursday to settle lawsuits brought by the families of dozens of passengers killed in the October crash of a Lion Air Max off the coast of Indonesia and the March crash of an Ethiopian Airlines Max near Addis Ababa.

Boeing and the families of Lion Air Flight 610 victims agreed to mediation that could lead to early settlements. However, the families of some Ethiopian Airlines Flight 302 passengers are resisting mediation.

"There are many families here who will not want to participate in mediation until they know what Boeing knew, when they knew it, what they did about it, and what they're going to do about it to prevent this kind of disaster from occurring again," said Robert Clifford, a Chicago lawyer who filed lawsuits on behalf of nearly two dozen victims of the Ethiopian crash.

Meanwhile, at a meeting Thursday in Montreal of regulators and airline representatives, the head of the International Air Transport Association, Alexandre de Juniac, made an appeal for coordination between aircraft operators and regulators.

De Juniac and his airline group are trying to repair the fragmented regulatory approach to the Max. In March, other countries grounded the plane despite the FAA's initial view that it was safe even after a second crash.

Regulators in Europe, China and Canada have indicated they want to conduct their own reviews of the FAA's 2017 certification of the plane, which could further complicate and delay the Max's return to flying.

Requirements for additional pilot training could also affect the timing of the plane's return.

Boeing wants computer-based instruction, and FAA technical experts agree that would be sufficient. Others believe pilots need to practice with the new Boeing software in flight simulators.

Earlier this month, Chesley "Sully" Sullenberger, who landed a crippled airliner safely on the Hudson River in 2009, told a House subcommittee that pilots should get simulator training.

That, however, would pose a problem for Boeing and the airlines — it could take weeks or months to find simulator time for every pilot who flies the Max. Southwest and American Airlines each have thousands of Boeing 737 pilots, but neither airline has a Max simulator. Boeing has one in Miami and a similar machine in Seattle.

FAA's acting administrator, Daniel Elwell, says the agency has not made a final decision about training.

NASA Will Fly a Drone to Titan to Search for Life