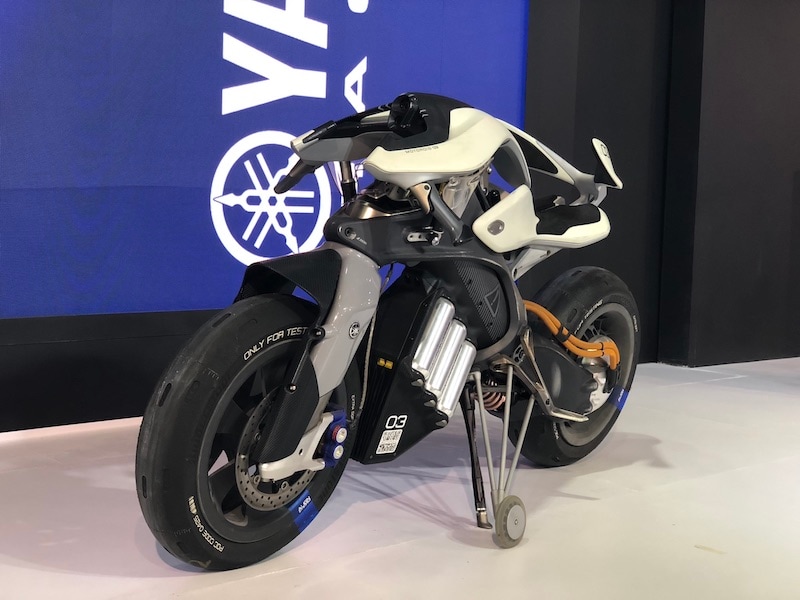 The concept bike that made headlines at the Tokyo Motor Show 2017 and Consumers Electronics Show (CES) 2018 was showcased at Auto Expo 2018 in India over the past week. Yamaha used Asia's biggest auto exhibition to provide another glimpse at Motoroid, its self-balancing bike with user-recognition features.

"The motor bike is the recent past, and the Motoroid is the future," Yamaha spokesman John Boreland said at CES last month. "The object is to see what lessons can be learned to connect machine to human more effectively."

Fitted with cameras, the Yamaha Motoroid can be summoned with a gesture, following its 'master' at a slow-pace when a familiar face is detected.

The Motoroid boasts of autonomous features such as balancing on its own, recognising riders, and being summoned with a wave.

Wings on the back of the seat have been designed with the help of a psychologist to gently squeeze a rider's lower back in a sort of reassuring caress at potentially perilous high speeds.

"Somewhere along the line, this will all meld together so you'll be part of the bike and it will figure things out for you," Boreland said at CES of insights and advances resulting from the concept motorcycles, which are not for sale.

While autonomous driving has made huge progress in the world of cars and other vehicles like trucks, most companies are still finding their feet when it comes to bikes and other two wheelers. We've all seen Yamaha's Motobot 2 taking on multiple MotoGP World Champion Valentino Rossi and realised it'll be a fair while before algorithm-powered machines can take over from the best in business. In that sense, the Motoroid is another reminder of the potential of the technology, more than a reflection of its ability to be used immediately.

You can expect the tech behind Motoroid to see a fair amount of evolution before it's seen in consumer-centric solutions on a road near you.