The carriage-style interior of the vehicle produced by Zoox has two benches that face each other, without any steering wheel. 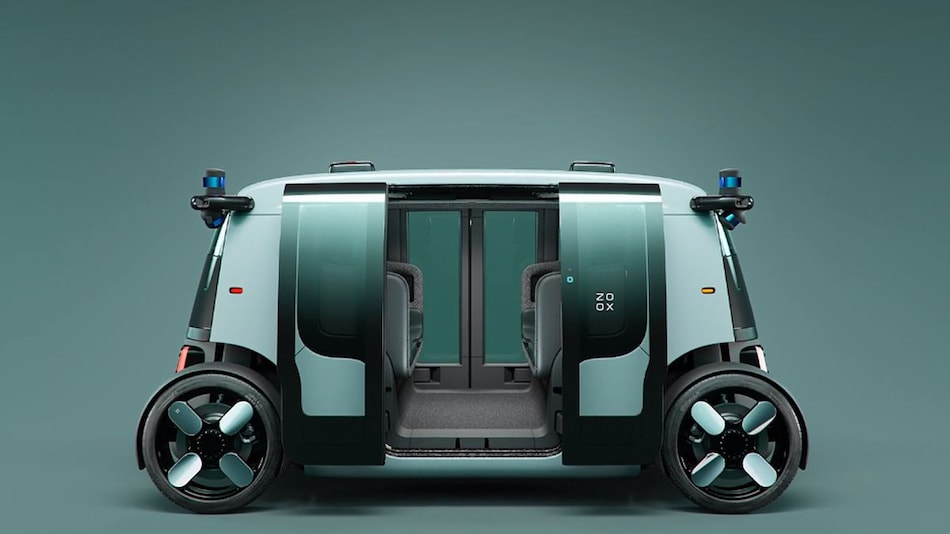 Zoox, based Foster City in Silicon Valley, was founded in 2014 and acquired by Amazon in June

An autonomous vehicle company acquired this year by Amazon has unveiled a four-person ‘robo-taxi,' a compact, multidirectional vehicle designed for dense, urban environments.

The carriage-style interior of the vehicle produced by Zoox has two benches that face each other. There is no steering wheel. It measures just under 12 feet (3.6 metres) long, about a foot shorter than a standard Mini Cooper.

It is among the first vehicles with bidirectional capabilities and four-wheel steering, allowing for better manoeuvrability. It has a top speed of 75 miles per hour (120 kilometres per hour).

According to the company website, the vehicle will also come with useful features such as wireless chargers for smartphones and other compatible devices. It will also feature a personal control panel to set the music and in-car air conditions as well as check on arrival time, location, and route. Since there's no driver's seat, the company says that each passenger will have the same comfort, space, and access to technology.

The vehicle is being tested in the company's base of Foster City, California, US as well as Las Vegas and San Francisco, Zoox said.

Zoox, based Foster City in Silicon Valley, was founded in 2014 and acquired by Amazon in June. It operates as an independent subsidiary at Amazon.

Amazon has also teamed up with Blackberry to create IVY, a cloud computing platform that cars could link to for services and insights based on data from vehicles and users. IVY can also be used by any car maker to analyse sensor data in real-time and give drivers useful information.