India's fledgling electric vehicle (EV) market accounted for only 5,000 out of a total 2.4 million cars sold in the country last year. 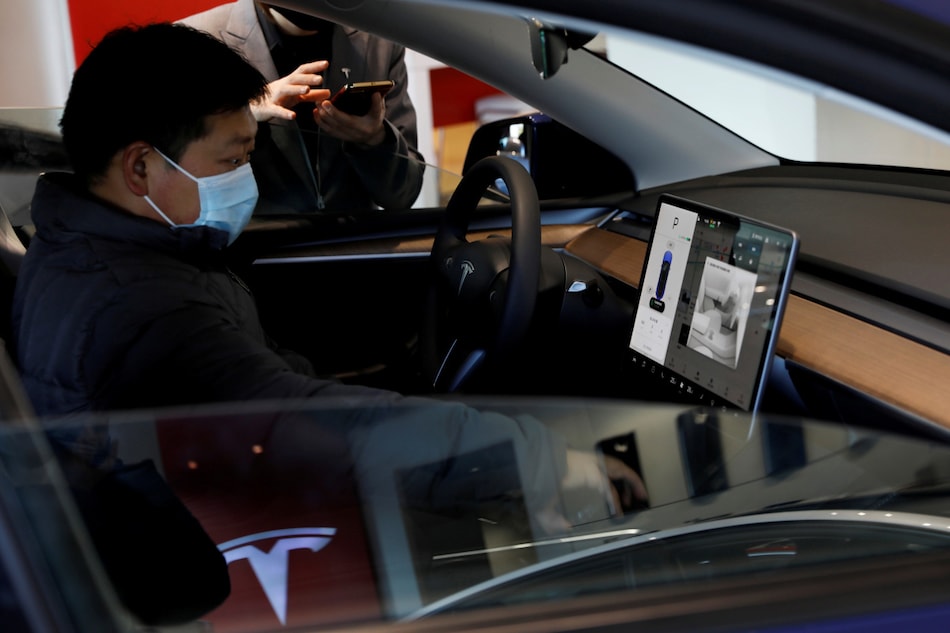 Tesla is a major player in China, which last year accounted for more than a third of Tesla's global sales

Tesla is gearing up for an India launch but the US electric carmaker is likely to remain a niche player for years, catering only to the rich and affluent in the world's second-most populous nation.

India's fledgling electric vehicle (EV) market accounted for only 5,000 out of a total 2.4 million cars sold in the country last year. A lack of local production of components and batteries, negligible charging infrastructure and the high cost of EVs mean there have been few takers in the price-conscious market.

It's also difficult to see how Tesla's sought-after and expensive autonomous driving features will work on India's congested roads.

Ammar Master, a forecaster at consultancy LMC Automotive, said he expects Tesla to annually sell only 50-100 of its Model 3 electric sedans in India, at least in the first five years.

"As a country, India is still not so environmentally conscious to pay that much of a premium," Master said.

"It always comes down to the price point. There will be some high net-worth individuals like movie stars and top business executives who will look at it for the brand value. But then, how many buyers are there?"

The world's most valuable automobile manufacturer registered a local company in India earlier this month, a step towards its entry in the country, expected to be as early as mid-2021.

This means it will compete in India's even smaller luxury EV segment that has recently started seeing interest from the likes of Jaguar Land Rover (JLR) and Daimler's Mercedes Benz.

The Mercedes Benz EQC, India's first luxury EV launched in October for $1,36,000 (roughly Rs. 99.2 lakhs), and has since sold 31 units, according to auto researcher JATO Dynamics. British luxury carmarker JLR, owned by India's Tata Motors, plans to launch its I-PACE EV before March. It sells in the United States for around $70,000 (roughly Rs. 51 lakhs).

Although India's road infrastructure has improved in recent years, traffic discipline - like lane driving - is still rudimentary. Auto analysts say that means many of Tesla's features like the automatic lane changing function will be tough to deploy on crowded Indian streets.

Stray animals, including cattle, and potholes on the road are a further problem.

"Most of Tesla's high technology features will be redundant and users will not get the bang for the buck despite paying premium prices", said Ravi Bhatia, president for India at JATO Dynamics.

Rohan Patel, a senior public policy executive at Tesla in the United States, is among those leading efforts around its India launch, the sources familiar with the plans said. The EV giant is looking to hire 15-20 people mainly for sales and marketing, one source said.

Tesla and Patel did not respond to a request for comment.

India has some of the world's most polluted cities and wants more clean cars on its roads, but the federal government still does not have a comprehensive policy like China which mandates carmakers to invest in the segment.

One reason is that auto manufacturers have pushed back saying there is no demand for EVs in India as costs of components like batteries remain high, and push up prices.

In contrast to India, China sold 1.25 million new energy passenger vehicles, including EVs, in 2020 out of total sales of 20 million.

Tesla is a major player in China, which last year accounted for more than a third of the carmaker's global sales, according to JATO Dynamics, and where it also has a factory.

Daniel Ives of US-based Wedbush Securities said however that within 7-8 years, India could account for 5 percent of Tesla's total sales. The key to success, however, will be local manufacturing, he said.

"It is a matter of when, not if, they build out a factory in India," said Ives, adding that building out a local supply chain will be a multi-year effort.

"India is a potential sweet spot and Tesla does not want to be late to the game."