Seven Truly Useful Features Your Next Car Should Have

In the past five years, technology has changed the car industry more rapidly than ever before. We are living in a time where autonomous cars aren’t just part of science fiction - they’re actually driving around us. Okay, around some of us.

But while these are amazing technological leaps, let's not lose sight of the cool features and gadgets that are already available in cars today. When you’re in the market to buy a new four wheeler, check if it has the following features to make your drive even more better. Some of these features may be available in cars that cost as little as Rs. 5 Lakh, while a few others are present in cars that cost upwards of Rs. 10 lakh. Either way, we've mentioned aftermarket accessories that can be installed on existing cars too, wherever possible.

1) Reverse camera with obstruction distance sensor
This is a no-brainer feature to have in every car. A reverse camera typically projects live a video feed into the infotainment system or the rear-view mirror when you shift to the reverse gear. With it, backing up the car is easier and safer than seeing the rear window from inside. Usually, the camera is coupled with sensors that show the distance from an obstruction, like a wall or a parked car. Using audio-visual cues, it suggests the ideal distance to stop reversing. 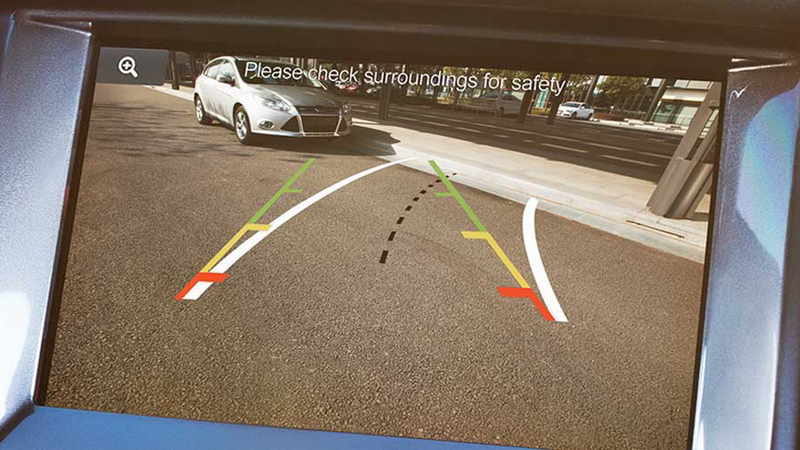 A word of caution - some cars have only the sensors that beep when an obstruction is detected. In our experience, this a half-baked solution as it leaves you guessing what’s behind. Do check that the car comes with both the array of sensors and the camera. Also, this is available as an aftermarket accessory for about Rs. 5,000, so you should absolutely consider installing this device in your current car too.

2) Android Auto and Apple CarPlay support
Many cars today come with infotainment systems, some that can even recognise voice commands for calling, playing music, etc. But unfortunately most of these we’ve come across lack in a stellar user experience that we’ve come to expect from our smartphones. Android Auto and Apple CarPlay fill these gaps by projecting a familiar-looking user interface from your phone onto the in-dash display.

Both interfaces are easy to read and operate, can be almost entirely controlled using voice input, and support only the apps that you should be using while driving (namely navigation, music playback, calling and messaging). It’s a shame that navigation isn’t a part of Apple’s CarPlay in India, as Apple Maps doesn’t support turn-by-turn guidance here.

Nevertheless, support for both systems is on the rise in many newly launched vehicles. There are also some aftermarket units available from companies like Pioneer and Kenwood, that you can install in your current vehicle, if it supports double DIN stereos. The Android Auto/ Apple CarPlay compatible units today are from the high-end range and typically cost Rs. 40,000 and above.

3) Tyre pressure sensor
The use of tubeless tyres in cars was revolutionary, since they’re much faster to fix than the ones with a tube. But they too are prone to puncturing if a sharp object like a nail gets caught inside. Tyre pressure sensors can save the day, as the system alerts the user if the pressure is less than ideal. 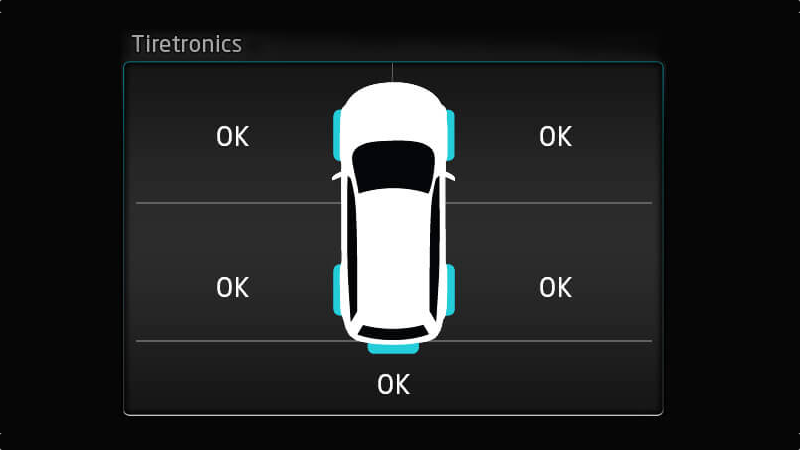 We have experienced the benefits of this feature, as it warned of a damaged tyre early on, so we could get it fixed before it went completely flat in the middle of nowhere. It also checks the pressure of the spare tyre, which is generally ignored except when it’s really needed. Having this feature also saves the time spent in occasionally checking tyre pressure at fuel stations. While it's usually seen in cars above Rs. 10 Lakh, there are aftermarket accessories at around Rs. 10,000 that you can connect externally to your tyres.

4) Automatic Wipers and Headlamps
These might not sound like must-have features, only minor conveniences, but they're actually very useful if you drive a lot. Rain-sensing wipers are available in many cars these days, that detect the presence of water on the windscreen, and activate automatically. They even adjust the speed according to the intensity of the water splash. It is super-convenient to have in rainy seasons. If you're the daring type, there seem to be aftermarket products for this use case too.

Similarly, automatic headlamps detect ambient lightning and turn on when the lighting is low. This is a great feature when passing through multiple tunnels, as the headlights automatically turn on and off. We didn't come across any third-party solutions for this feature, so you'll want to look for a car with this baked-in.

5) Turn headlamps
Some cars have extra headlamps that direct light at corners. They activate only when you turn the steering wheel during a sharp turn, throwing light on to possibly unlit corners. This can be useful if you're driving through areas with poor lighting, as the turn headlamps will help you see the corners better. Unfortunately, there don't seem to be any aftermarket solutions for this either.

6) Gear Shift Indicator
A gear shift indicator suggests the ideal time to switch to the correct gear for optimal efficiency. This is especially useful for new drivers, that are yet to get a hang of proper gear shifting. It’s also easier than constantly keeping an eye on the tachometer, or trying to listen to the engine noise, which in most cars today is hard to do. This again, being an integrated feature, seemingly can't be retrofitted. 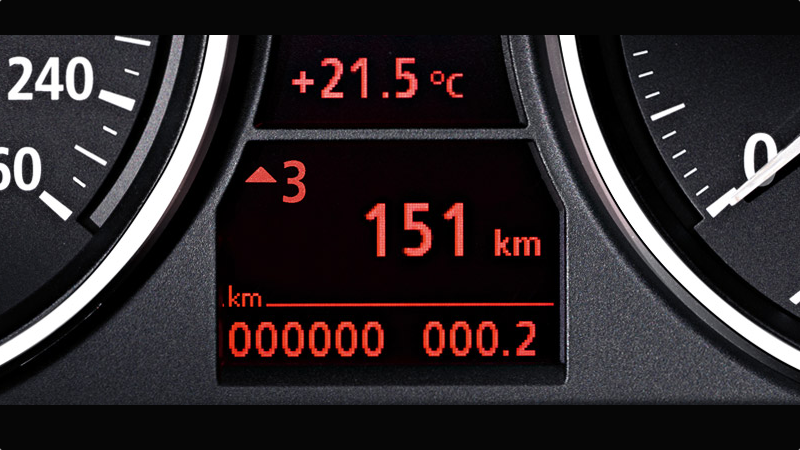 7) Specific Door Open Alert
Even the most inexpensive cars today have a basic symbol to suggest if a car door is improperly closed. But then you’re left to guess which door it might be, and you’ll have to open and close all of them, in hopes that the warning sign disappears. Newer cars exactly tell which door is ajar, taking the guesswork out of the picture. Once again, there doesn't seem to be an easy way to do this with aftermarket accessories.

Bonus
There are other useful features that you’ll want to have in your next car - like auto-locking doors, that lock all doors after the car hits a certain speed, or the anti-pinch power windows, that automatically roll down when they detect any obstruction (like a hand).

There’s also the distance to empty fuel gauge, which tells how many kilometers you can drive before the fuel tank goes empty. This, along with a maps app, can come in really handy when you’re short on fuel and want to figure out if you can drive to the nearest fuel pump.

GPS trackers like this one can help you track your car's location. Lastly, dash cams can also serve as vital evidence in the event of an accident.

So, which of these do you think is the most useful? Do you know of other features that people should know about? Let us know via the comments below.