Tork Motorcycles is a Pune-based startup that recently unveiled an electric motorcycle called the T6X. Tork's motorcycle looks a lot like a sports bike but, with a range of 100km on a full charge, it is largely geared towards intra-city commutes. A big part of that is the software and how the bike has been programmed.

Tork has built the T6X from the ground up and part of that design involves software as well. The bike runs TIROS, the platform that lets Tork add some nifty features to the bike. For electric vehicles the software plays a big part in the final product, and as founder Kapil Shelke tells Gadgets 360, "We think of it [T6X] as both a bike and a gadget."

TIROS lets Tork optimise the riding experience. Shelke says one of the most important features of TIROS is predictive maintenance. Shelke says the maintenance cost of the T6X - since it's an electric vehicle with far fewer parts than a conventional motorcycle - is relatively low. "The drivetrain and batteries are the most important components [from a maintenance standpoint]," he says. Tork wants to know what happens to these components in various use cases. "We want to know what happens to [these] at certain speeds, distances, and temperatures," he adds.

Having this riding data will help Tork optimise the ride and prevent issues before they arise, Shelke claims. "We'll know that if you dial down the torque, a certain thing will happen. We can see if anything is wrong with the motorcycle," he says. The predictive part of maintenance is where Tork tries to prevent these issues based on this data. 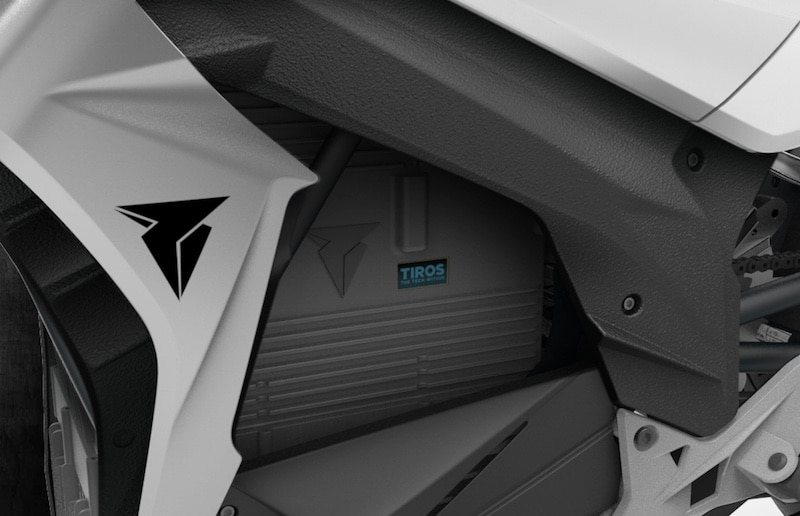 TIROS syncs with Tork's apps for Android and iOS for updates and tweaks based on your riding data. Shelke says the OS is partly on the motorcycle and partly on the cloud. He calls the bike an extension of your smartphone and says Tork's focus will be on trying to customise the bike for individual riders. The Tork T6X costs Rs. 1.25 lakh so the scale isn't going to be so large that this is impossible. Everyone's riding habits are different the goal is for each bike to be tailored for performance or maximum range based on individual drivers' habits.

Range anxiety is a common worry for all electric vehicles. Unlike petrol or diesel powered vehicles, their electric counterparts don't find fuel easily. Charging stations for electric vehicles are practically nonexistent in India and if you're travelling in an electric vehicle here, you're bound to be anxious about range. Shelke says TIROS lets you plan your trip - something that takes range into account. "You can optimise the range. Riders have 20 percent control [of TIROS]," he says. This, Shelke claims, allows riders to plan their trips more efficiently.

(Also see: This Coimbatore-Based Company Is Crowdfunding an Electric Bike)

Tork has limited the speed of the bike to under 100km/h so that it can deliver a range of 100km. This should be enough for most daily commutes. However if you want to travel between cities, you'll have to wait until the company sets up its charging infrastructure.

"Currently you can travel from Mumbai to Pune because we have a charging station on the way. We're working on charging infrastructure just to kill your range anxiety," he says, adding that 90 percent of riders won't have a problem with the setup Tork will have once the bike is available - currently estimated to be early 2017. Electric bikes may be more eco-friendly in terms of fuel emissions but if the charging stations are drawing power from thermal power plants, then it may not change the status quo in the long run. "We've been talking to people who already are using solar and wind power [to set up charging stations based on renewable energy] and the response has been positive," Shelke says. He says Tork hasn't yet finalised whether charging will be free at the stations, but says that even if the company does charge, the cost will be similar to what it costs you to charge the bike at home.

(Also see:  No, You Are Not Saving the Environment by Driving a Tesla)

When the T6X is available on the market, buyers might wonder whether it's a good idea to buy a 'smart' bike. With plenty of incidents where cars and other IoT devices have been hacked, such a scenario could be a big problem for Tork. Shelke says the company has been closely tracking these developments and has designed TIROS so that one can't control it remotely.

For Honor Is Quite Possibly Ubisoft's Most Honest Game Yet
Misfit Phase Watch-Cum-Activity-Tracker Launched in India Starting at Rs. 12,550