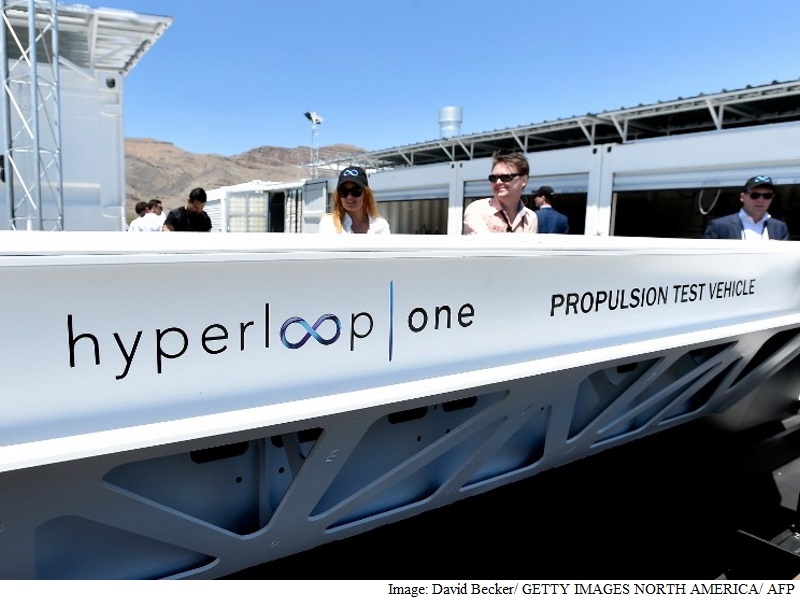 The possible future of transit zipped along a short track in the desert outside Las Vegas on Wednesday before sliding to a stop in a bed of sand, sending up a tan wave.

Hyperloop One, a startup hoping to revolutionize transport systems, held its first public test of engine components being designed to rocket pods carrying people or cargo through tubes at speeds of 700 miles per hour (1,125 kilometers) or more.

The company hopes to realize a futuristic vision laid out three years ago by billionaire Elon Musk, the entrepreneur behind electric car company Tesla and private space exploration endeavor SpaceX.

Its research and testing in the desert is not simply aimed at making a Hyperloop system possible its goal is to do it in a low-cost way that makes it possible to spread the technology around the world.

"This is a significant moment for us as a team," Hyperloop One co-founder Shervin Pishevar said to an invitation-only crowd seated in grandstand seats set up opposite the length of electrified track.

(Also see:  Hyperloop Sled Speeds Through US Desert via Electromagnets)

"We are standing on hallowed ground for us; the team has worked incredibly hard to get to what we call our Kitty Hawk preview."

The US town of Kitty Hawk in North Carolina went down in history as the locale where the Wright brothers made the first successful flight of a powered plane in 1903.

Magnet power
The test under the Nevada desert sun was a step in developing a propulsion system that would give super high-speed motion to passenger or cargo pods gliding above magnetically charged rails enclosed in tubes.

A sled bracketed to the rail was slung into motion using magnetic force generated by motors referred to as "stators" set in a line at the start of the track.

Eventually the sled, which will evolve into a chassis of sorts for a pod, will accelerate to more than 400 miles an hour in a few seconds, according to Hyperloop One co-founder Brogan BamBrogan.

The long-term vision for Hyperloop One which is vying to be the first startup to bring the system to life is to create something that moves at near-supersonic speeds.

"When you think about passengers traveling on this, you will feel no more acceleration than you would on an airplane taking off," BamBrogan said after the successful test.

After accelerating, the pods will essentially glide for long distances, making for smooth rides and low power consumption, according to BamBrogan.

"The goal of this test isn't just to move this sled," he said. "It is to engineer an acceleration system that is scalable for passengers and freight and to bring the cost down."

Full-speed test coming
Hyperloop One promised a full-scale, full-speed test involving two kilometers of tube-enclosed track at the desert site by the end of this year.

"We will be moving cargo in 2019, and we think we will have passengers safely transported by Hyperloop in 2021." 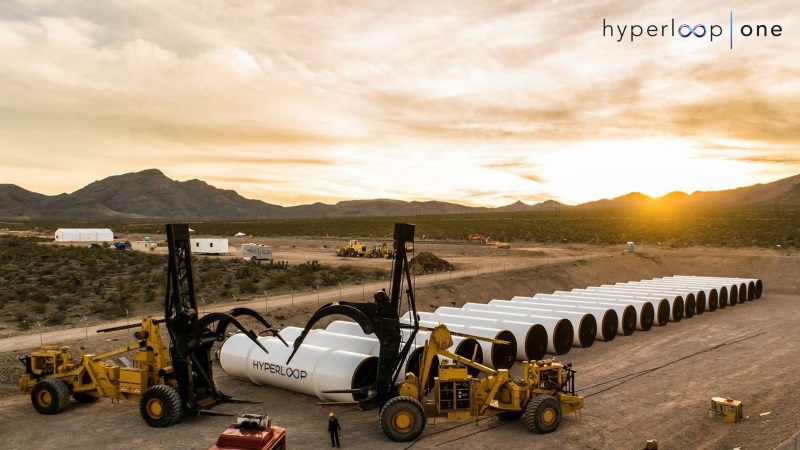 On the eve of the test, Hyperloop One announced that it had raised $80 million in fresh funding from an array of investors, including GE Ventures and France's SNCF rail company.

That same year, Musk outlined his futuristic idea for the system, challenging innovators to bring the dream to life.

Hyperloop One is one of the startups that picked up the gauntlet.

The company is so confident in the speed at which the project is moving that it announced a global challenge in which businesses, governments, citizens, academics and others can submit proposals for where the systems should be built.

"The competition is a call out to the brightest people in the world to bring your ideas to us," Lloyd said at the test site.

"When we pick the winners, that is where we are going to build this."

Hyperloop One has a network of collaborators interested in seeing the technology succeed. Among them is Paris-based international engineering and consulting group Systra, which specializes in rail and public transport.

"When you build a new transportation system in a city that doesn't have anything, you change the lives of people," Systra's senior vice president for Northern Europe, Mathieu Dunant, said at a Hyperloop One event on the eve of the test.

"We see huge potential for not only inter but intra city transportation."

Lloyd envisioned a day when factories could crank out goods on demand to have them quickly transported to far-off locations, and then perhaps even delivered in autonomous vehicles.

He was also looking forward to a time when painfully congested commuter traffic would be little more than a story from a time gone by.

"I believe it will do to the physical world what the Internet did to the digital world," said Andrew Liu, a vice president at multi-national engineering firm AECOM, another of Hyperloop One's collaborators.