Flying Trains Could Be Coming Your Way 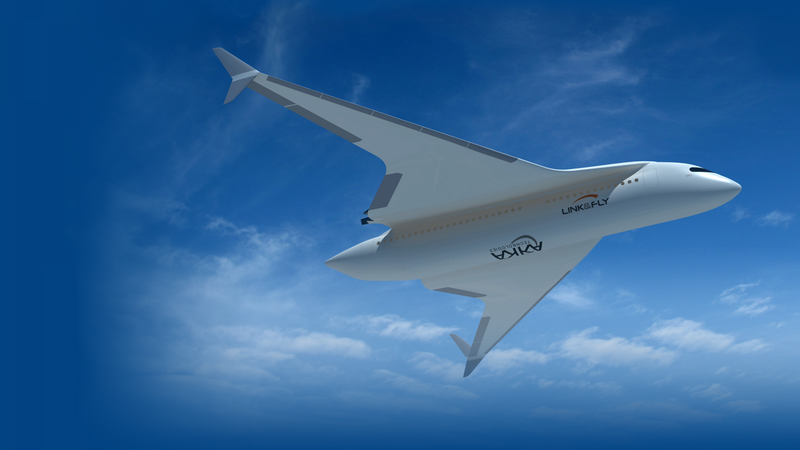 It sounds like something Q, the tech guy in James bond movies, would create: A plane that lands on a runway, shrugs its wings off, turns into a train and rolls on to rails to drop you off at your local station.

That's what a French entrepreneur, who's made millions by connecting engineers with industrial groups, is pitching to Boeing Co. and others. "Link & Fly" is Akka Technologies's new flagship aircraft design, with wings that come off to hasten turnover at airports and make boarding easier and closer to passengers' homes.

"After cars go electric and autonomous, the next big disruption will be in airplanes," Akka's chief executive officer, Maurice Ricci, said in an interview in Paris. Boeing is among prime customer targets for Akka, as it seeks to limit its dependence on the likes of Airbus SE and Renault SA in Europe.

With Akka's futuristic concept, passengers would board a train-like tube at a neighbourhood station and have their retinas scanned for security during the ride to the airport. Wings would then be attached to the pod for take-off. The company has showcased the idea in a 3D mock-up video, gathering interest from potential customers in Asia, Ricci said, without naming any company.

Plane makers have begun to react as technology companies come up with disruptive ideas - from Uber's investments in flying taxis to Kitty Hawk, a startup backed by Google's co-founder Larry Page that's creating a battery-powered single-person plane. Airbus took the offensive with a new division to oversee transport of the future, while Boeing has made a noisy foray into jetpacks.

While Akka's not banking on convincing a plane maker to necessarily build the entire "Link & Fly" concept, it's betting on the design to be an attention grabber and a showcase, parts of which are likely to end up in customers' commercial aircrafts down the line.

Akka, which has a market value of EUR 1.1 billion ($1.3 billion) and whose biggest shareholder is Ricci, employs engineers that customers can hire on a project basis as consultants. The company developed an autonomous car concept in 2008 and in 2014 partnered with Dassault Systemes to offer services to carmakers.

The stock has risen about 23 percent this year, multiple times the 1.8 percent increase in the benchmark CAC 40 Index and a matching jump in the broader SBF120 Index.

Similar to Airbus' A320 jet in size and target usage, the Akka Link & Fly carriage for short-range flights carries 162 passengers and the seats can be taken out to move freight instead. With the wings clipped on, and the engines fixed on top, the design has wingspan of about 49 meters, is 34 meters long and 8 meters high.

Akka generates 75 percent of its sales in France and Germany and became more dependent on auto manufacturing with the takeover of a Daimler engineering unit in 2010. The Paris-based company hopes its new concept will woo new aeronautics customers in the US The purchase of Texas-based engineering firm PDS Tech in June is a first step. Ricci expects the acquisition to close in three to six months. "Planes need to become more efficient, less polluting and less noisy," said Ricci. "Our role is to point our customers to technologies of the future."

Flipkart Sale to Take on Amazon Begins July 16: Here Are the Top Offers and Deals
How Elon Musk Used the Thai Cave Saga to Pioneer a New Form of Viral Tourism