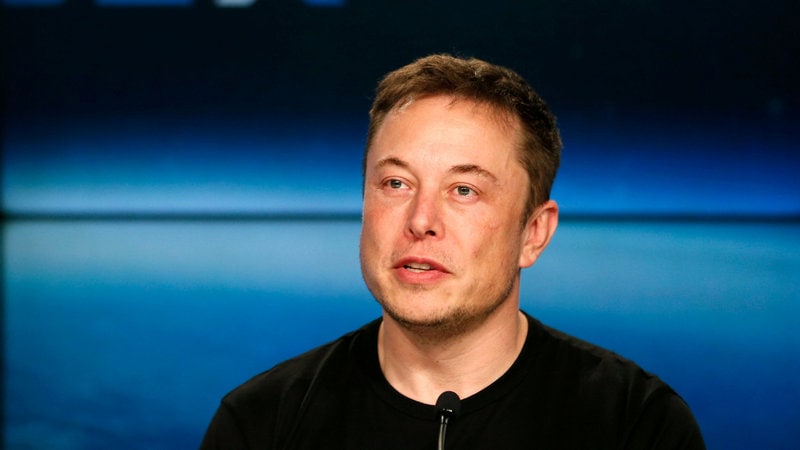 If ever there was a watershed moment that might help bust the myth that executives can work 120-hour weeks, sleep just a few hours a night and have no regrets, it might be Elon Musk's tearful interview with The New York Times and the conversation it has sparked in the days since.

Describing his past year as "excruciating," acknowledging it has "come at the expense of seeing my kids" and admitting to using Ambien to help him sleep, Musk's emotional interview laid bare in surprisingly vulnerable terms the effects of his all-consuming work.

The interview, which came in the wake of Musk's unexpected Twitter announcement he was thinking of taking the automaker private, drew articles warning about the health risks of overwork, tweets of concern about his well-being and even open letters from anti-burnout champion Arianna Huffington calling on him to heed the science and regularly find time to "refuel, recharge and reconnect." (Musk's early morning response: "You think this is an option. It is not.")

Experts say all the attention on Musk's emotional state may have little effect on the overwork culture practised by many business leaders and celebrated in Corporate America today. It's baked into the culture and inseparable from the kind of careers people idealise for themselves. And with the proliferation of smartphones, our work goes with us everywhere.

"He is really the poster boy of a contemporary culture that celebrates impulsive authenticity and obsessive overwork," said Gianpiero Petriglieri, a professor at INSEAD's business school who directs its executive education program. "He's the symbol of a workplace culture in which we long for a very personal, even romantic relationship with work" - even if that means it becomes all-consuming.

Musk, after all, has sounded alarm bells about his stress levels before.

A year ago, he tweeted in response to a Twitter user wondering about his "amazing life" that "the reality is great highs, terrible lows and unrelenting stress. Don't think people want to hear about the last two." Asked whether he was bipolar by another, he first said "yeah" but then "maybe not medically," saying "bad feelings correlate to bad events so maybe real problem is getting carried away in what I sign up for." And back in 2015, he recommended against running two big companies -- Musk leads not only Tesla and SpaceX but has side ventures like the Boring Company - saying "it really deceases your freedom quite a lot."

Yet the 47-year-old entrepreneur's bruising hours somehow remain an idealised conception of what executives might be capable of if they just knew how to squeeze every bit of productivity out of their bodies and their time, experts say.

Els van der Helm, who co-founded a company and app that helps companies coach their employees to get better sleep, said Musk's name comes up often as an exception to the rule people might want to emulate.

"When we work with clients we always get that question - what about those leaders that only sleep three to four hours? How is that possible?" she said. "For the longest time, [Musk] was one of those who, at least to the outside world, fit that successful stereotype."

While she sees encouraging signs that executives are growing more sensitive to the need for more sleep and more manageable hours, the ubiquity of smartphones means a wake-up call from Musk may not change much.

"There's still a big culture around how if you want to appear ambitious, you send that email at night and don't showcase when you take a nap in the middle of the day," she said. "That perpetuates the image of the leader who works long hours."

In some hard-driving work cultures, such as management consulting, some top managers try to "pass" for working the 80-plus hour weeks their colleagues do, even when they don't. One research study showed that female partners were more likely to request formal accommodations for more manageable hours, while male partners were more likely to look for under-the-radar ways to work less (such as finding local clients) so that they work shorter hours, even if no one knows about it and they don't suffer the consequences (fewer promotions, say) for being perceived as working less.

Petriglieri says that work, particularly for top executives who are committed to and consumed by their jobs, is increasingly not just a way to earn a living, but a means for finding purpose in our lives.

"The ultimate taboo in most working cultures today is to say 'I just do this for the money and I find great meaning in my church, in my charity, in my sports, in my family,' " he says. "We equate talent with your willingness to put work at the centre of your life."

Even executives who do value getting more sleep, he said, often do so today not merely as a way to be healthful, but view it as elite athletes might, as a way of improving their productivity. "Even sleep gets co-opted as a performance technique," he said.

Alexandra Michel, a professor at the University of Pennsylvania and a former Goldman Sachs investment banker who has studied the culture of long hours on Wall Street, has seen the same phenomenon.

"The body is now productive capital and it's being treated that way," she said. "People have identified so much with the organisation that that conflict is now inside their bodies. How you're eating - how you're sleeping - is [considered] for the sole purpose of performance."

And even if executives take Huffington's words to heart and try to get more sleep and take breaks when needed, they may not come out and admit it if they're having trouble. Musk's emotional candour about his long hours and frank discussions about its potential toll on his health did little to calm investors, already jittery after his take-the-company-private tweets. On Friday after the interview was published, Tesla's stock dropped sharply, falling nearly 9 percent.