Electric Cars Have Benefits, but Likely Won't Save You Money 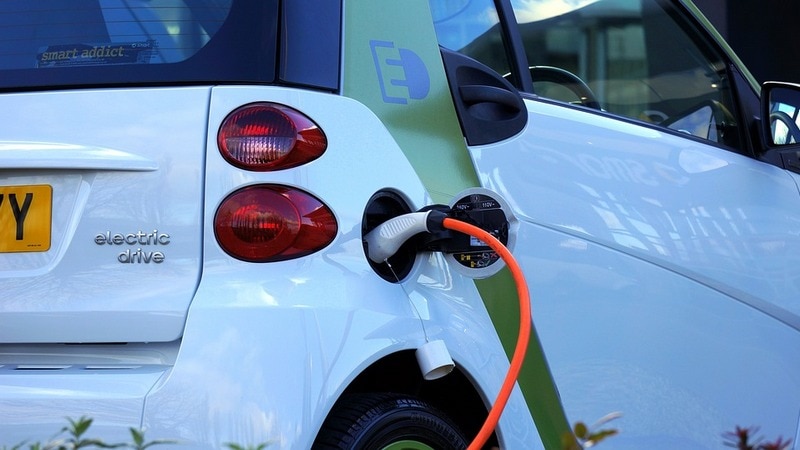 Electric cars have a lot of perks: zero emissions, a quiet ride and instant acceleration. But can they save you money? Probably not.

Electric car prices are falling, but they still cost more than equivalent gas models because of their expensive batteries. A $7,500 (roughly Rs. 4.82 lakhs) federal tax credit - which survived the recent tax overhaul - helps erase that gap, but not entirely.

After that, the math gets more complicated. Some states and utilities offer incentives for electric vehicle owners. Plugging in an electric car is generally cheaper than filling up a gas-powered one, but that depends on the local price of gas and electricity. Some people can charge their electric cars at work, but others need to add a charging station to their garage.

For Ronald Montoya, a consumer advice editor with the car shopping site Edmunds.com, the bottom line is price. With gas prices averaging $2.56 (roughly Rs. 165) per gallon, it's hard to make up the price premium of an electric vehicle - which can easily top $10,000 (roughly Rs. 6.43 lakhs) - within a three-year lease period, he says. Electric car drivers are more likely to lease than gas car buyers; for example, 57 percent of Nissan Leaf electric cars are leased, compared to 30 percent of cars overall, Edmunds says. (Edmunds regularly provides content, including automotive tips and reviews, for distribution by The Associated Press.)

Still, electrics have benefits, both tangible - like lower maintenance costs - and intangible. Owners can drive them in high-occupancy vehicle lanes, for example, or simply feel good that they're causing less pollution.

"We are still a car culture, and some of our personal identity is tied up in our cars," said David Friedman, director of cars for Consumers Union, the policy division of Consumer Reports.

Here's a comparison of the 2018 Nissan Leaf electric car and the 2018 Honda Civic, a comparably sized small car.

COST: The Honda Civic four-door sedan with an automatic transmission starts at $19,640 (roughly Rs. 12.62 lakhs). That's $10,350 less than the starting price of the Nissan Leaf, which is $29,990 (roughly Rs. 19.3 lakhs). Electric cars are eligible for a $7,500 federal tax credit until an automaker has sold more than 200,000 electric vehicles in the US; Nissan has sold around 150,000 Leafs, so buyers can still get that credit. Some states also offer incentives for electric vehicles; California, for example, will mail a $2,500 (roughly Rs. 1.6 lakhs) rebate check to electric car buyers, while Colorado offers a $5,000 (roughly Rs. 3.21 lakhs) tax credit. Friedman and Montoya say leasing is smart, since technology is changing so rapidly, but there is still a significant difference in monthly lease payments: $229 (roughly Rs. 14,700) for the Leaf or $169 (roughly Rs. 10,900) for the Civic for three years.

FUELING: Electric cars are cheaper to fuel. It costs $600 (roughly Rs. 38,600) per year to charge a Leaf, according to the US government, which assumes drivers travel 15,000 miles per year and pay the national average of 13 cents per kWh for electricity. By comparison, you'll spend $1,050 (roughly Rs. 67,500) on gas to fill up the Civic. Those figures fluctuate depending on where you live; in Honolulu, for example, electricity is double the national average but gas is also expensive - 79 cents higher per gallon than the national average. There are other costs to take into consideration as well. If you're a first-time electric car buyer and you can't charge at work or at a public charger, you'll likely want to install a 240-volt charging port in your garage. Expect to pay $1,500 to $2,000 for a charging station as well as installation fees, Montoya says.

MAINTENANCE: Because they don't have gas engines, electric cars don't require regular oil changes or engine filter replacements. Brakes get less wear, too, since the electric motor steps in to help slow the vehicle down. But some maintenance is the same, such as tire rotation or adding wiper fluid. Edmunds estimates owners will spend $3,543 (roughly Rs. 2.28 lakhs) over five years on maintenance and repairs for the Leaf, and $447 more - or $3,990 (roughly Rs. 2.57 lakhs) - for the Civic. But electrics do have one significant looming cost: Battery replacement. The Leaf has an eight-year, 100,000-mile warranty on its battery, but if you keep the car past that time, you could be facing an expensive repair. Nissan currently charges $5,499 for a replacement battery if you turn in your old battery; installation is a few hundred dollars extra.

DEPRECIATION: This is a big disadvantage for electric car buyers, and one reason it's popular to lease them. The value of electric vehicles falls quickly once they're driven off the lot. AAA estimates electric vehicles lose $5,704 (roughly Rs. 3.67 lakhs) in value each year they're owned, compared to $2,114 (roughly Rs. 1.36 lakhs) for small cars like the Civic. Electric cars haven't yet proven their durability, and buyers of used electrics are worried about battery costs. Used electric vehicle buyers also aren't eligible for federal and state tax incentives. But the depreciation has a bright side: it makes used electric cars much more affordable for those willing to buy them, Friedman says.