Drones Ready to Deliver, but People Are the Problem

When Missy Cummings thinks about self-flying delivery drones - the kind that tech companies have been touting as being just around the corner - she likes to imagine the reaction of her 8-year-old son to a drone landing in her backyard.

"He'd like to throw rocks at it - because it's there," said Cummings, a Duke professor and director of its Humans and Autonomy Lab. "It's just human nature."

Others might fire potshots at the unmanned aerial vehicles, just for fun, as they do at rural traffic signs, Cummings said. Pet dogs could be expected to run straight for drones. Curious children would try to grab them. So would adults: A video clip popular in drone circles shows singer Enrique Iglesias bloodying his hand as he grabs for a helicopter-like drone at a concert in May last year.

Cummings, one of the nation's top drone researchers, doesn't doubt the technology. She believes these autonomous machines already possess the ability to accurately and reliably do their jobs. They could fly today. The technical issues have been solved.

The biggest hurdles - and there are a colourful assortment of them - are what Cummings calls "socio-technical."

People are the problem. And people present massive, often glossed-over stumbling blocks for delivery drones ever getting off the ground. While small drones already have been a retail hit - selling an estimated 700,000 units last year alone - some experts fear that people problems could delay the widespread adoption of more advanced, autonomous delivery drones by several years, dwarfing what many think of as the final obstacle for commercial drones: federal airspace regulations, which are expected later this year.

A drone, like any aircraft, is most vulnerable during take-offs and landings, Kopardekar said. But aeroplanes use defined airports. Drones will probably enjoy similar protections when taking off from a warehouse, for example. But landing will be a very different story - and one that changes with each residence.

Not only are people unprepared for drones, but the infrastructure needed to accommodate small flying delivery vehicles also is missing. Houses today have mail slots and curbside mailboxes to accommodate the traditional flow of mail and packages. Nothing yet exists to make the drone's job easier.

How is a drone going to deliver to a high-rise apartment building?

Researchers are working on answers, "but I don't think any of this is foolproof yet," Kopardekar said.

The potential solutions are fanciful, revealing just how much work remains. Kopardekar suggested 10-foot-tall mailboxes - perfect for landing drones where people and their fingers won't interfere. Or transforming chimneys into delivery chutes for drone-dropped packages. Others imagine installing delivery lockers on the roofs of apartment buildings.

The companies pushing hardest to use delivery drones are tight-lipped about their plans. Amazon, Google and a start-up called Flirtey all declined to comment for this article. They prefer to drop hints through promotional videos showcasing the technology - online ads that are devoured by millions eager for the service to arrive.

But these clips also reveal the technology's shortcomings.

The filmed test flights from all three companies were staged in suburban or rural settings. The landing zones were unobstructed. Dense urban landscapes still appear too challenging. That's why drone experts expect that when delivery drones do eventually appear, they will begin in small towns or suburbs, turning the usual tech-adoption pattern (cities first, with outward expansion) on its head. 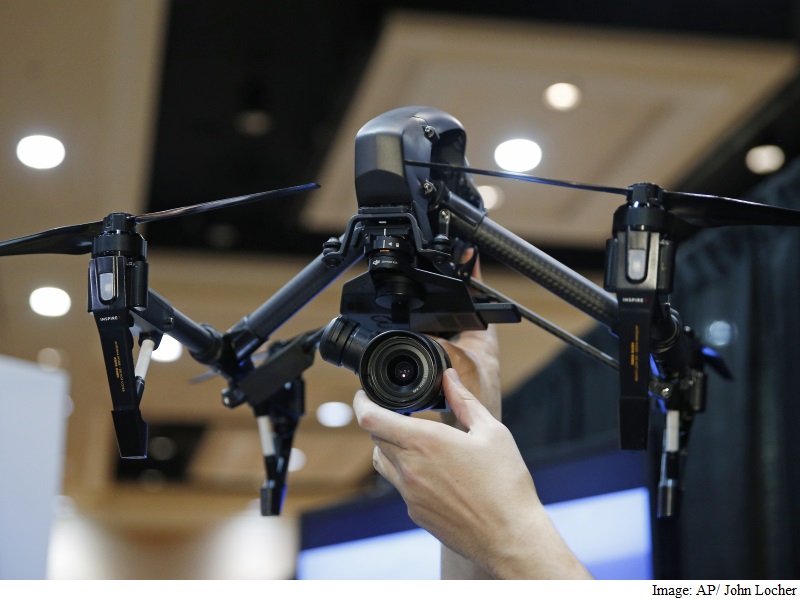 "In the short term, I think that's going to be the answer," said John Greene, associate director of Virginia Tech's Institute for Critical Technology and Applied Science.

Companies are testing different methods for cracking the problem of the last 50 feet.

Google Project Wing's drone used a tether to lower a package of dog treats to a customer in Australia's outback, a backdrop almost comically devoid of obstacles. In the same vein, a video from Flirtey showed a drone using a wire tether to drop medical supplies to a remote clinic in Wise, Va., last summer, marking the first government-sanctioned drone delivery in the United States.

The clip, seen by 5.6 million people on Youtube alone, was released in late November, a full year after Amazon chief executive Jeffrey P. Bezos, who owns The Washington Post, said that regulation, not technology, was the project's biggest problem. The Federal Aviation Administration has banned commercial delivery drones while it hashes out the rules for their operation.

In Amazon's latest video, a home-owner placed a special mat on the grass as a landing target. The drone was shown making an uneventful flight from the warehouse. Meanwhile, the home-owner was prompted to make sure her yard was clear for delivery. The drone then safely landed on the mat, dropping off a box of soccer cleats and flying away.

Matthew Waite was among the millions who watched the clip. He runs the Drone Journalism Lab at the University of Nebraska-Lincoln. And he has an acute interest in drone technology and the FAA's regulations, which grounded his lab's drones in 2013. He expects that one issue for delivery drones will be air rights. Home-owners are generally assumed to own the airspace above their properties. So can an Amazon drone fly low over your neighbour's backyard to get to your house?

Watching the video, he was caught by the home-owner signing off that her yard was clear.

"I want to see the terms of service on that," Waite said.

He imagined the legalese precluded holding Amazon accountable for an accident or mishap.

But, Waite said, any number of things could go wrong, from curious children to nosy neighbours. And what if you have a dog?

The machines seem ready to perform flawless automated flights, a stunning advancement - if only people and pets and pranksters stay out of way.

"It captures the imagination because it feel like the future," Waite said. "But the future is a lot harder than they make it out to be."

Drones Ready to Deliver, but People Are the Problem
Comment