Operators may soon decide how much more pain they can endure for 5G airwaves. 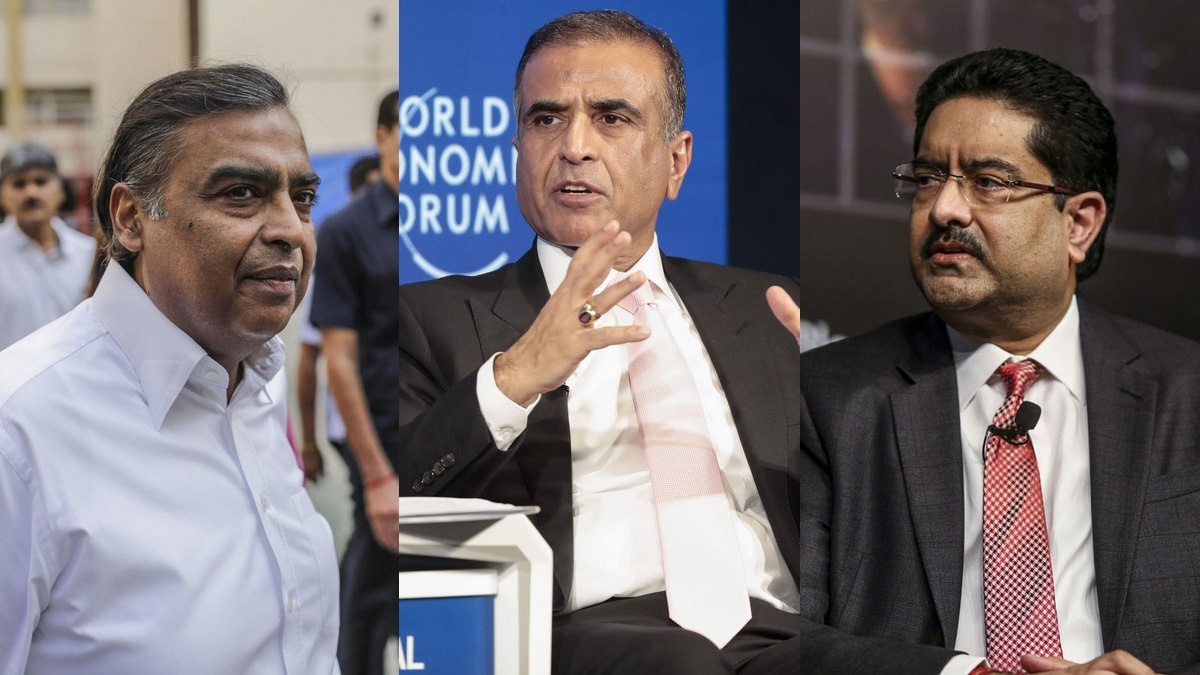 After racking up $59 billion (roughly Rs. 4,10,000 crores) of net debt to survive a brutal war in the world's second-biggest phone-services market, some of India's billionaires are bracing for more as their next battle looms: 5G.

India seeks to raise $84 billion (roughly Rs. 5,80,000 crores) this year from a sale of airwaves - most of it for the new technology tipped to revolutionise connectivity. That's posing a conundrum for the carriers controlled by tycoons including Mukesh Ambani, Asia's wealthiest man. Investment would mean more borrowings, but the reward could be revenue streams never seen before.

Operators may soon decide how much more pain they can endure for a high-speed wireless network that can offer better user experience in streaming, gaming and entertainment in a market where Netflix to Amazon.com are making inroads. With applications ranging from manufacturing to education and health care, 5G could be the catalyst for India's digital economy that has the potential to reach $1 trillion (roughly Rs. 70,00,000 crores) by 2025, according to a report by Deloitte.

"Any player missing on the 5G service offering is likely to see erosion of market share," said Alok Shende, a Mumbai-based principal analyst for telecom at Ascentius Insights. "There's all the more case for maintaining competitive parity to remain in the game. Offering a forward path to customers is important."

Bharti Airtel and Vodafone Idea, the two biggest carriers, didn't respond to request for comments on their 5G plans, while Ambani's Reliance Industries said it won't comment on the spectrum auction.

The technology could address some of the basic challenges due to lack of infrastructure in health care and education. For instance, an experienced surgeon in a major urban hospital can advise an in-theater doctor in a small town to perform a surgery over a real-time 5G connection or a holographic image of a teacher could be beamed to a classroom in a village, he said.

Most of Asia's largest wireless carriers are in the process testing 5G networks, with plans to introduce them commercially in 2020.

South Korea's SK Telecom unveiled its 5G network for public use in April, calling it the world's first such full commercial roll out. China issued 5G licenses to its three main operators earlier this month, raising the prospect of services starting as early as this year. India plans to deploy its own next year.

The immediate challenge in India would be the investment needed for the network, which the Telecom Regulatory Authority of India estimates could be as much as $70 billion. That amount will further dent the finances of operators that are in the midst of efforts to pare debt piled over the past decade.

"Spectrum pricing is too expensive in India and the telecom companies will have further stress in their balance sheets if they wish to participate in the upcoming auction," Rajan Mathews, chief of Cellular Operators Association of India, the industry group representing the carriers, said in an interview Tuesday. "But they have an option of buying at a later date."

In India, successive governments running chronic budget deficits have relied on airwave auctions to replenish their coffers. If authorities don't garner enough demand for the airwaves, they usually cut the price by as much as 40 percent in the subsequent round, according to Deepti Chaturvedi, an analyst at CLSA India Pvt. The preferred option may be to defer the purchase, she wrote in a note earlier this month.

Despite a market with more than 1.1 billion subscribers, competition has driven data tariffs to less than a dollar for 1 GB - the cheapest in the world. The monthly average revenue per mobile user is also among the lowest - at about $2 (roughly Rs. 140) - compared with about $8 (roughly Rs. 550) in China and at least $40 (roughly Rs. 2,800) in the US

The environment got tougher after Ambani, 62, as part of his empire expansion, unleashed Reliance Jio Infocomm in 2016 with free calls and even cheaper data. As a result, many incumbents retreated or merged. Reliance Communications, run by Ambani's younger brother, is now facing bankruptcy. The consolidation has left three non-state carriers still standing, from about 10 four years ago: Jio, Bharti Airtel and Vodafone Idea.

Bruised by Jio, which rolled out its network aggressively to acquire more than 300 million customers within three years, billionaire Sunil Mittal's Bharti Airtel has run up a net debt of about $16 billion, while shoring up profits with one-time gains for at least four quarters in a row.

Vodafone Idea, India's largest carrier by users after Vodafone Group's local unit merged with tycoon Kumar Mangalam Birla's Idea Cellular, has reported losses in every quarter since the deal was announced in 2017. Both Bharti Airtel and Vodafone Idea top the list of Asian peers with highest borrowings, according to data compiled by Bloomberg.

However, unlisted Jio thrived, supported by the deep pockets of Ambani's energy-to-retail conglomerate that has spent more than $36 billion to build the telecom unit. But the group's net debt of almost $28 billion is also backed by cash and equivalents of $11.3 billion. In January, Ambani, said in a speech that his network is "fully 5G ready," signalling spending will be relatively less.

Globally, 5G spectrum auctions have witnessed "robust" participation, said Ernst & Young's Singhal. Germany raised EUR 6.55 billion ($7.3 billion) this month, more than the government's highest estimate of EUR 5 billion, while Italy got $7.6 billion last year, more than twice what authorities expected. If that trend is any indication, India's auction may well turn out to be a success.

"The prognosis for 5G in India is positive given the growing appetite for data, increasing digital transformation and the need to quickly adopt new technologies," said Singhal. "It has the potential to transform lives and play a key role in socio-economic development."