There's a scene in The Matrix, where a glitch causes Neo to experience Deja Vu. With the launch of Reliance Jio, we're left feeling a little like that, as the rollout brings up a lot of memories from 2002, when Reliance Infocomm first rolled out.

Ever since the Reliance Jio launch on Thursday, you'd be forgiven for thinking that nothing else of consequence has taken place in the tech world. Announcing the launch of the Jio network, Chairman Mukesh Ambani said some things that most Indian users have been waiting to hear for a long time. Describing data as oxygen, Ambani talked about how connectivity on other networks is sometimes-2G, sometimes-3G, and mentioned the high prices for data today, combined with too many complicated plans, and a lack of transparency.

Now step back to 2002, and the Reliance CDMA rollout. The company was set to disrupt the market, empower the nation, and it offered then unheard of plans: free incoming calls, outgoing calls at 10p per 15 seconds, and a Rs. 10,000 handset bundled free with the connection - and remember, this was an era where you got a "premium" device for around Rs. 15,000.

The Reliance Jio launch evokes many of the same reactions. Everyone is agog now about the disruptive pricing, and talking about how Jio has an opportunity to take over telecom in a way that's never been seen before. But if that's the case, then why is Airtel the biggest telecom operator in terms of subscribers in India?

The problem is that Jio's real disruption is on price, and not on technology or service - it's a moat but not necessarily a defensible one, as the other telecom providers could do just what they did 14 years ago - cut prices to match Jio's offerings, and hold on to their consumers. That's not just speculation on our part either - that's already happening.

For example, Jio's plans really start at Rs. 499 per month. though there's one at Rs. 149 per month that gives you 300MB of data. The 499 plan gives you 4GB of 4G data, plus unlimited access at "night", and 8GB of data usage on Reliance Jio's upcoming Wi-Fi hotspots. The catch is that the hotspots are coming up at colleges, schools, and other public spaces, which means that many of us will not benefit from them. And unlimited night usage is restricted to 2AM to 5AM, making it a very limited offering indeed. For practical purposes, we need to look at this as Rs. 499 for 4GB of 4G data.

(Also see: List of VoLTE Phones That Will Work on the Reliance Jio Network)

Jio has other advantages such as access to Jio's movies and music apps without a subscription, and although the apps need a lot of work in terms of UI improvements, the content library on both is nothing to scoff at. But cheaper data is cheaper data - and Airtel is already offering that. It's safe to say that we can start thanking Jio for the bloodbath that's going to happen in data pricing soon. Rates across networks have been stable to the point where cynics could call it cartelisation - and much like the 2002 CDMA rollout, the new Jio 4G rollout could also accomplish the same thing.

(Also see: How to Switch to Reliance Jio and Keep Your Current Number)

But what does that mean for Reliance Jio? Well, the first problem with the old Reliance Communications rollout was that the network was just not reliable. Yes, it was wide-spread - you got a Reliance signal in the smallest villages where Airtel and Vodafone were nowhere to be seen - but particularly in congested cities where demand was high, you had poor quality of service. Looking back at 2002 and the years that followed, the Reliance phones often lost signal, had poor quality connections and so on.

And that wasn't the end of things. The worst part was if there was a problem. Let's say you needed to dispute your bill - which happened several times over a one year subscription - then you'd better show up with a lawyer, a doctor, and a pandit to start a havan in the Reliance showroom in order to get anything done. Customer care was overloaded with too many customers - we were all drawn in by the promise of cheapest ever connections - and with such a heavy load, they couldn't have solved any problems even if they wanted to. So it's probably a good thing that at least 90 percent of the customer service executives in the stores looked like they would rather be anywhere else in the world.

Unfortunately for Reliance Jio, it doesn't look like much has changed in the 14 years in between that launch and this one. 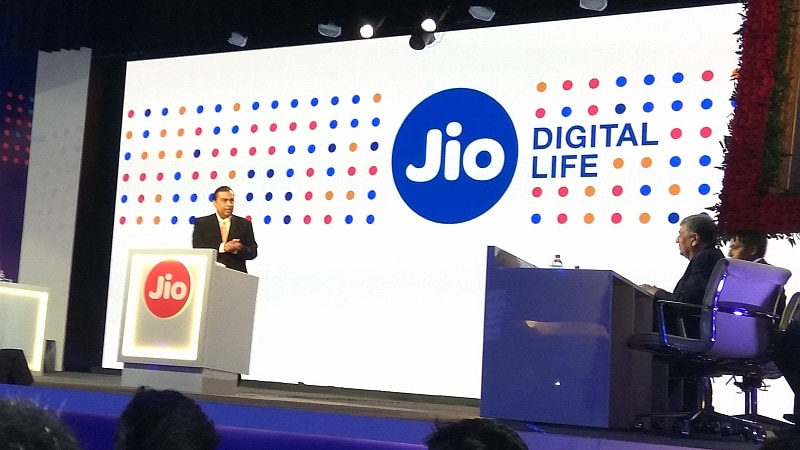 Let's talk about the product first. Jio's preview offer has been going on for some time now, to let the company test out connections and other functionality. Other telcos have called it a commercial launch in all but name, but even so, its user count is objectively very low for now. With relatively low user numbers, speeds vary dramatically, each time you test it. We've seen it stuck on 2Mbps, and sometimes we've seen it deliver a fast 30Mbps connection. As of now, you see more of the latter, but as more and more users get on the network, you can be certain that the balance will shift towards the former. And the numbers of users are going to rise, looking at the queues forming outside Reliance's stores, as people line up for their free connections.

Which brings us to the next problem - customer service. During the preview offer rollout, stores were unclear on what was on offer and how to take advantage of it. The Reliane Digital Xpress Mini stores did a better job, but if you went to a Reliance Digital store, you were likely to get incorrect information and no help at all from the staff. The company is talking about eKYC now, which could improve things but as of now, getting a SIM is in itself a painful process. The comments we see on stories about Jio confirm this fact. There's also the fact that help on social media is limited at beset - so far, all questions have been deflected with a blanket statement that the preview offer is a trial period and there will be occasional shortcomings in the offering. Now that Reliance Jio is rolling out to all users, will this attitude change or you can't expect any customer support because the service is free? There's still a lot of confusion when it comes to what's on offer - Reliance's apps are still changing names and Reliance's website is still getting updated with new details. That this has not happened in an orderly fashion does not bode well for the future.

Jio's pricing is truly disruptive. On all other fronts, there's plenty of room for doubt. When people are saying that Jio is going to disrupt the industry, we're inclined to agree. The changes to Airtel's pricing show how Jio has already triggered change. On the other hand, we're not so sure that Jio will fare better than Reliance Infocomm.

(Also see: Reliance JioFi - How to Get Started With Jio's 4G LTE Hotspot)

People are suggesting that dual SIM and 4G phone sales will go up. That's pretty obvious and while Jio will help, it would have happened anyway. They're also saying that other operators will drop rates - this has already started. On the other hand, people are also suggesting that Jio will disrupt the broadband business, and force companies to ditch their FUP norms. This is where people are starting to stretch expectations a little. On a per GB basis, broadband plans are still significantly cheaper - a 60GB plan is Rs. 1,149 plus taxes. On Jio that's Rs. 3,999 - it's not reasonable to compare the two.

With the Jio rollout, Reliance does not have a simple task ahead of it. The company is going to bleed money offering just about everything for free to users. It's not passing on interconnect charges, and it's offering VoD, music streaming, and live TV all given freely. That's going to lead to huge numbers of users - and then problems with connectivity, and bigger problems with customer service. How the company can improve on those two fronts is what's going to decide it's future - the price disruption was only the start. That didn't work out too well in 2002 - can 2017 go better?

Further reading: RELIANCE, Reliance Jio 4G, Reliance Jio 4G launch, Reliance Jio Tariff Plans, Reliance Jio Bharti Airtel
Gopal Sathe Email Gopal Gopal Sathe is the Editor of Gadgets 360. He has covered technology for 15 years. He has written about data use and privacy, and its use in politics. He has also written extensively about the latest devices, video games, and startups in India. Write to gopal@ndtv.com or get in touch on Twitter through his handle @gopalsathe with tips. More
JioNet Wi-Fi HotSpot Access: What You Need to Know to About Reliance Jio's Wi-Fi Network
Newfound Router Flaw Lets Hackers Control Home Internet Connections: F-Secure