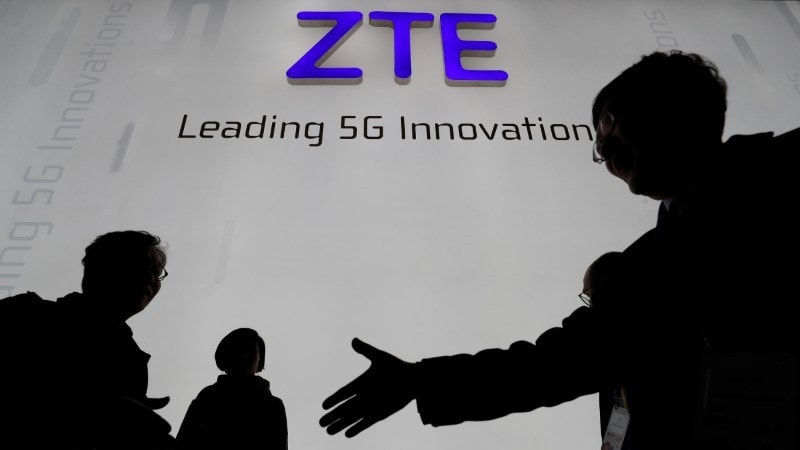 Employees of ZTE Corp, the Chinese telecom equipment maker, are cheering a tweet by US President Donald Trump that suggested a resolution is in sight for a devastating ban on sales to the Chinese company.

In an unexpected reversal of a hardline US stance on the issue, Trump said on Twitter on Sunday that he and Chinese President Xi Jinping were working together to give ZTE "a way to get back into business, fast", citing the loss of many jobs in China.

ZTE was last month hit by a move by Washington to forbid US firms supplying the Chinese company with components and technology after it was found to have violated US export restrictions by illegally shipping goods to Iran. It has since said that it has suspended its main business operations.

Trump's tweet was reposted widely by ZTE employees on social media with comments expressing relief, taking it as a sign of an impending settlement.

"Wow! Breaking good news!" a ZTE manager wrote on her WeChat account, pointing to Trump's remark that the US "Commerce Department has been instructed to get it done".

"Almost there," wrote another ZTE employee.

According to a source close to the company, ZTE management welcomed the latest development and planned to negotiate with the US side for a resolution under the guidance of the Chinese government.

The news boosted telecom and semiconductor-related stocks in China, which were among the best performing on Monday.

ZTE employees contacted by Reuters all expressed surprise and optimism at the turn of events, although some also voiced concern that it was still unclear how long it would take to lift the ban and at what cost.

"In any case, there are probably going to be layoffs, if the company has to pay another big fine," said one employee, who declined to be named. He added that meetings were being held to discuss resumption of production.

In response to a Reuters request for comment, ZTE's press department said it was preparing a statement.

Edison Lee, an analyst with Jefferies, expressed caution about the news in a investors' note, saying that "it does not mean the tech-focused trade conflict between China and the US is over".

Lee said Trump appeared to have made the move as a goodwill gesture at China's request in order for trade talks to continue and because he expected concessions from China.