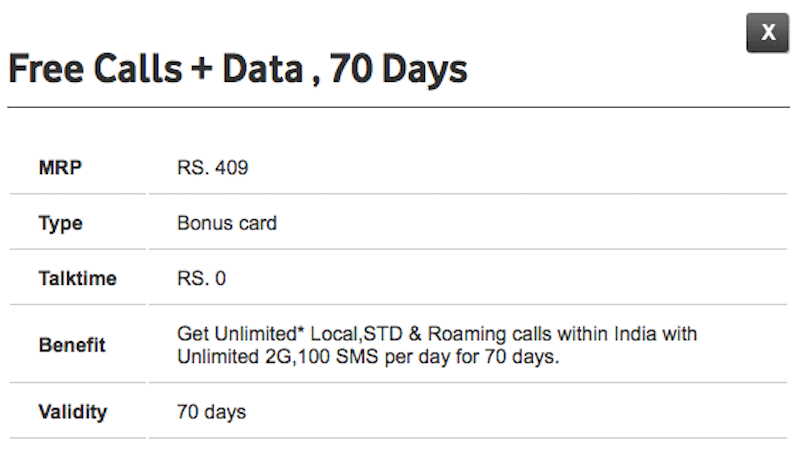 An interesting addition to this offer is that these two packs are available at even more affordable rates in the Jammu and Kashmir circle. The Rs. 409 plan is priced at Rs. 359 while the Rs. 459 plan is available for just Rs. 409 in the J&K circle. This comes in the wake of Bharti Airtel launching 4G coverage in the Ladakh region. 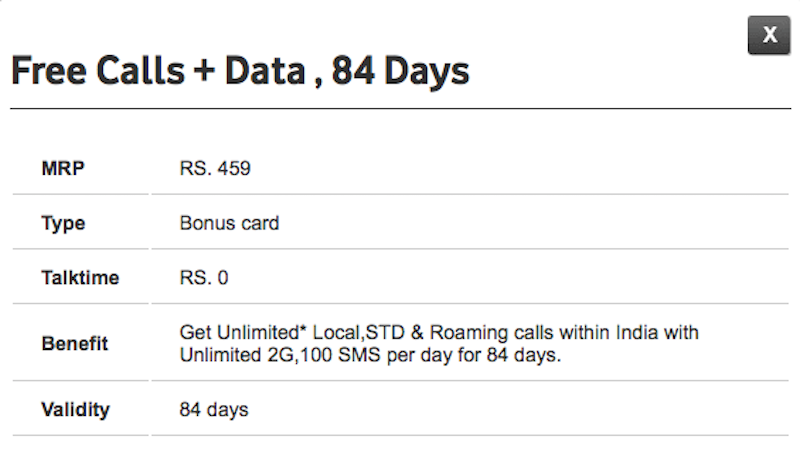 Vodafone recently rolled out a Rs. 176 pack for the Madhya Pradesh & Chhattisgarh circle that offers unlimited roaming voice calls. This plan also offers 1GB of data per day and has a validity of 28 days.

Earlier this month, Vodafone had rolled out five Super Plans ranging from Rs. 79 to Rs. 509, all of which do not offer unlimited 2G access.

This price war has been on ever since Jio officially launched operations last year. Bharti Airtel, Vodafone, and Idea Cellular, among others, have also been coming out with competitive plans to offers unlimited voice calls and mobile data to users.