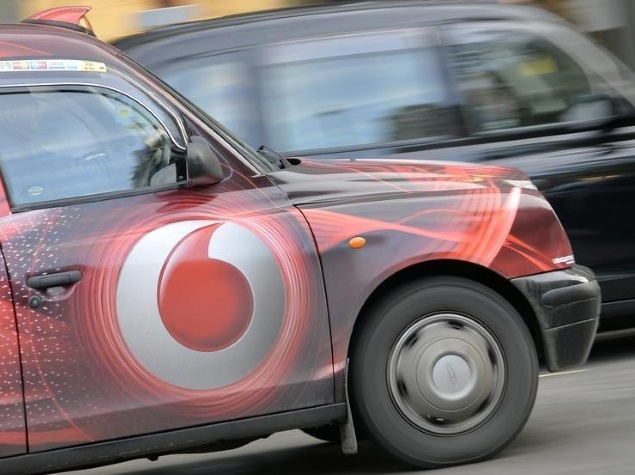 Vodafone nudged its forecasts for core earnings higher on Tuesday after reporting a sharp improvement in its main quarterly revenue measurement helped by growing demand for mobile services in its big European markets.

The British group reported second-quarter organic service revenue, which strips out items like handset sales and currency movements, down 1.5 percent, compared with the near 4 or 5 percent falls it recorded in the last six quarters. It also beat the consensus of a fall of 2.8 percent.

"We have made encouraging progress during the quarter," said Chief Executive Vittorio Colao. "There is growing evidence of stabilisation in a number of our European markets, supported by improvements in our commercial execution and very strong demand for data.

"Our two year, 19 billion pound investment programme is well underway, and customers are beginning to see the benefits."

Having sold its operations in the United States, Vodafone is investing some of the proceeds on new, faster 4G networks to satisfy customers' growing appetite for data.

But that has comes against the backdrop of cut-throat competition as operators battle weak demand in some struggling European economies. Regulatory changes, such as cutting the charges operators can impose to connect calls across networks, have also been a drag.

But results on Tuesday showed some of the pressures in its biggest European markets had eased. While service revenue remained negative in the four big markets of Germany, Italy, Britain and Spain, all four showed an improvement on the previous quarter.

Did You Know That Facebook Records Your Search History? Here's How to Delete It
Barack Obama Inflames Divisive Net Neutrality Debate