Telecom operator Vodafone has officially launched its new postpaid Vodafone Red plans with unlimited calls and associated data benefits. With the unveiling, the company has detailed two new plans. Earlier in the month, the company introduced Vodafone Red, with four new plans offering unlimited calls and more data in a bid to combat Reliance Jio competition. And now, new additional plans of higher denominations have been introduced into the mix.

In few circles (like Mumbai), a new Vodafone Red Rs. 2,999 postpaid plan is also listed on the company website. This plan offers 40GB of bundled 4G/ 3G data for 4G smartphone users (30GB for non-4G smartphones), apart from the above mentioned calling and SMS benefits.

Apart from this, Vodafone is offering free subscription of Vodafone Play with Red postpaid plans, and has provided a dedicated 24x7 Relationship Manager for enhanced customer service. Vodafone notes that once the data quota for all these plans is over, further data usage will be charged at 50p/MB. The company has launched Vodafone Red across India, apart from MPCG, AP&T, Bihar & Jharkhand, Jammu & Kashmir, and Himachal Pradesh. 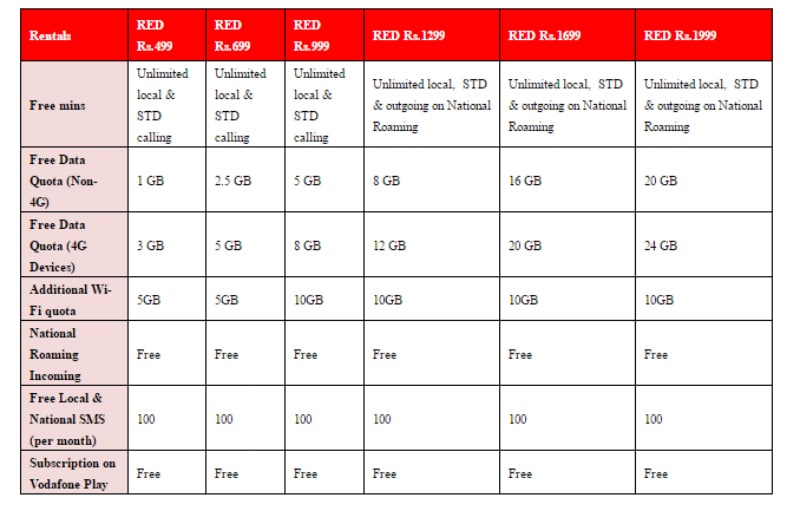