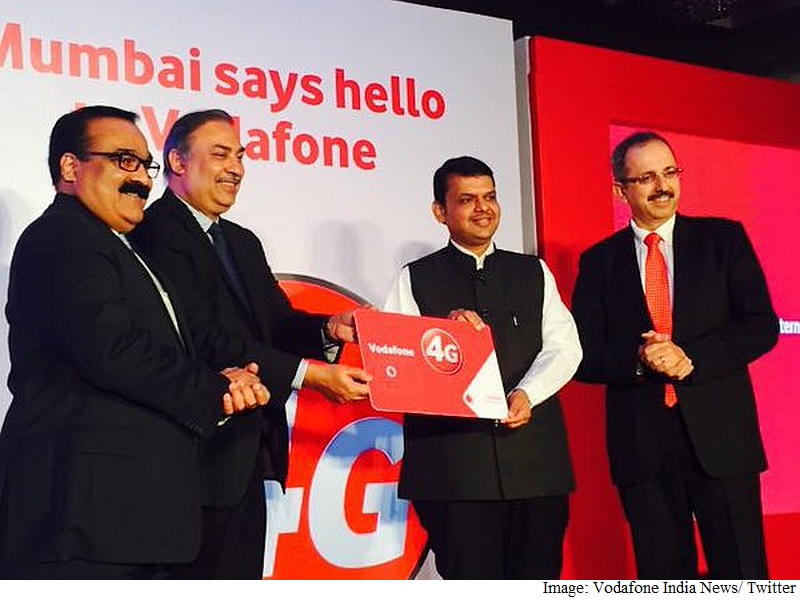 The second largest telecom operator in India in terms of mobile subscribers, the company said the rollout will occur in a phased manner, starting with "key business & residential corridors of Mumbai across Western suburbs & South Mumbai"

Vodafone India said the rollout will be completed across all parts of Mumbai including "Eastern suburbs & New Mumbai license areas" by the end of March 2016.

The company also announced that it will begin the rollout of 4G services in Bengaluru on Thursday.

Customers with smartphones supporting the FDD-LTE Band 3 (1800MHz) network will be able to access Vodafone's 4G services in the Mumbai. The rollout in Mumbai and Delhi region follows introduction of the services in Kerala, Karnataka, and Kolkata.

The company - which is the second largest telecom operator in India in terms of subscribers - said the 4G data packs will be available across price ranges, starting from Rs. 11 for 35MB of data, up to Rs. 2,499 for 20GB.

(Also see: How to Get Vodafone 4G SIM)

Vodafone also said that 4G users will get 3 months of free access to movies, television, and music via its Vodafone Play service. 4G Mobile Wi-Fi will be available for use with up to 10 devices. Users will need a 4G SIM card from the company to access the services.

As with other mobile operators, Vodafone is also offering a free upgrade to 4G SIM cards for its existing customers, including doorstep delivery of the SIM card (for requests received before 4pm the same day). Users can exchange SIM cards in only select outlets, however, new customers can buy a 4G SIM in all outlets.

The telecom operator added that 4G users will get 4G international roaming access in the UK, Romania, Spain, and the Netherlands.
Comments