Vodafone offers complimentary subscription of Vodafone Play and Zee5 on both recharges.

Vodafone has introduced two new prepaid plans in India. The Rs. 218 and Rs. 248 prepaid plans are active in select circles for now, and these packs offer unlimited calls with 28 days validity. Add-ons include Zee5 subscription and Vodafone Play subscription for its users. These new Vodafone plans have been made active in Delhi and Haryana circles only for now, and are available for recharge on the company website or via the My Vodafone app. The new plans come soon after Vodafone introduced double data offer on the Rs. 299, Rs. 399, and Rs. 599 prepaid plans.

As mentioned, these packs are active only in Delhi and Haryana for now. The same plans are also listed on the Idea website for its subscribers, live only in the Delhi and Haryana circles. The Zee5 and Vodafone Play add-ons are not listed for Idea customers. These new recharge plans were first spotted by Dreamdth. However, Gadgets 360 was able to verify the plans' existence through both Vodafone and Idea sites. 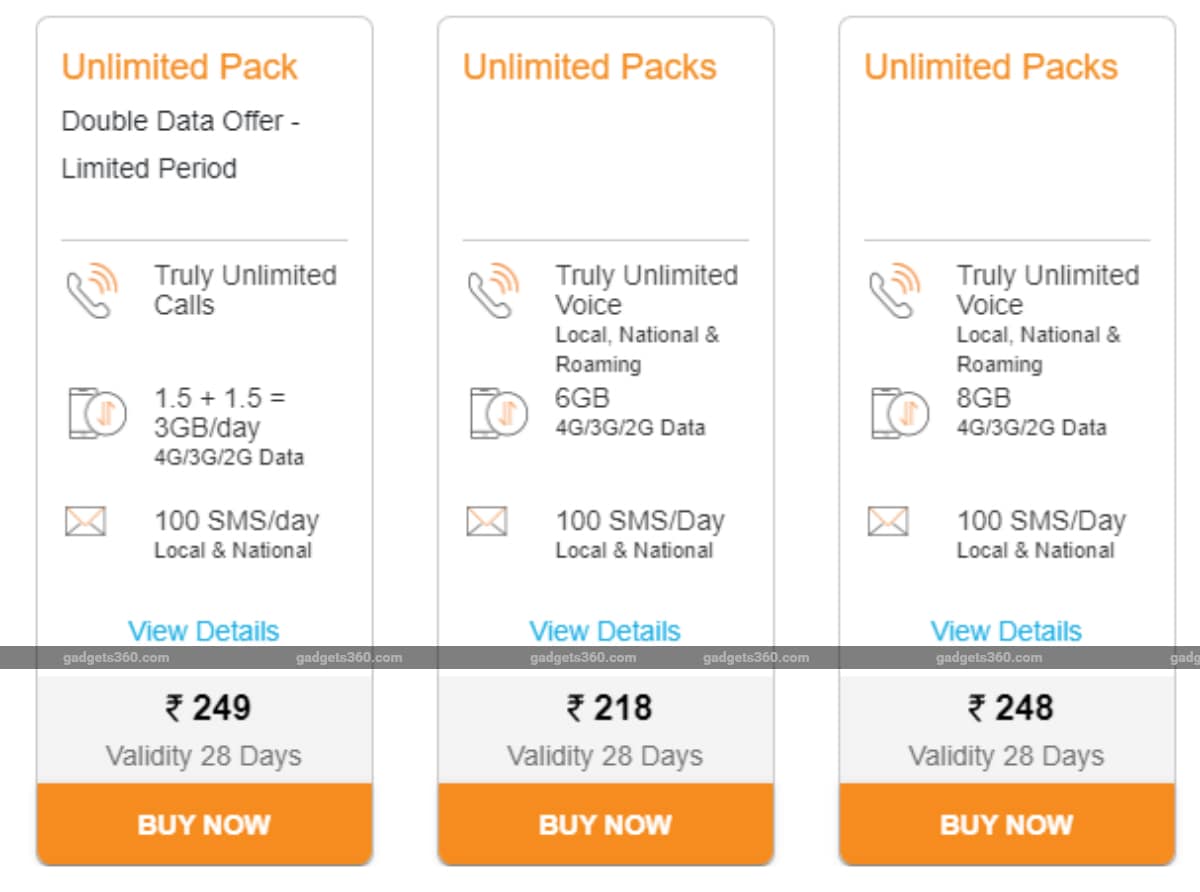