Vodafone Idea the Largest Telecom Operator in India With 380 Million Subscribers as of July: TRAI

Vodafone Idea accounts for 32.53 percent of the wireless subscribers in India 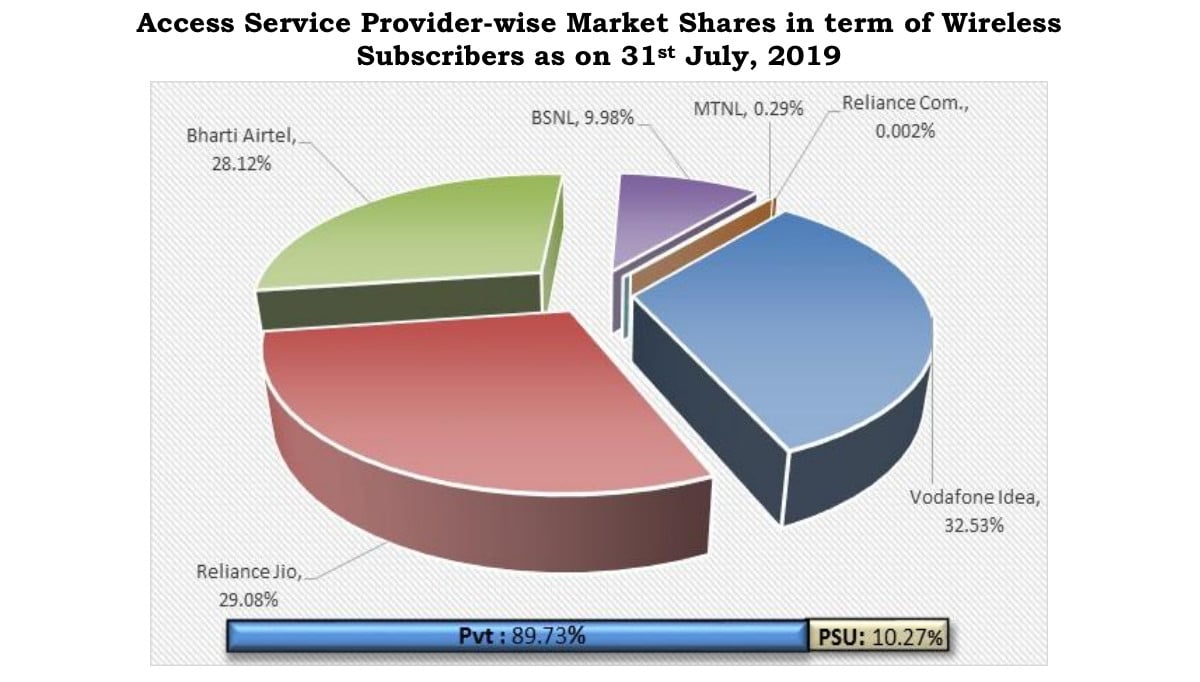 Among other titbits, TRAI has shared that a total of 437.15 million subscribers have opted for mobile number portability (MNP) since MNP was introduced in the country.

Further reading: Vodafone Idea, Airtel, Reliance Jio, BSNL, TRAI, Jio
Gaurav Shukla Email Gaurav Gaurav Shukla is a part of the Gadgets 360 news team and based out of New Delhi. Gaurav is responsible for making sure Gadgets 360 news section is updated with the latest happenings from the world of science and technology. When he is not editing or assigning stories, Gaurav writes about mobile devices, science, social media, and the Internet at large. With over 11 years of experience in tech journalism, Gaurav has reported on everything from the first Android phone to reach the Indian market to ...More
Samsung Galaxy M30s vs Realme 5 Pro vs Realme XT: Price in India, Specifications Compared
iPhone 11, iPhone 11 Pro, iPhone 11 Pro Max India Pre-Orders to Start via Flipkart, Amazon on September 20

Vodafone Idea the Largest Telecom Operator in India With 380 Million Subscribers as of July: TRAI
Comment
Read in: বাংলা