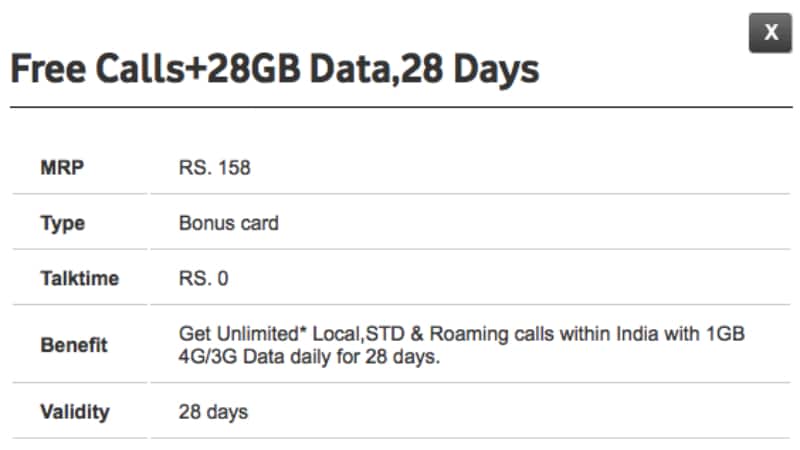 While the tariff pack hasn't yet been launched in other major telecom circles including Delhi NCR and Mumbai, Vodafone's Rs. 198 prepaid pack - applicable in these and most other telecom circles - offers unlimited voice calls, 100 SMSes per day, and 1.4GB 3G/ 4G data per day, with a validity of 28 days.

On the other hand, the Rs. 151 pack takes on Airtel's Rs. 93 prepaid pack that was recently upgraded to offer unlimited voice calls, 100 SMS messages per day, and a total of 1GB data, with a validity of 28 days. There is a Rs. 109 pack from Idea Cellular that has similar benefits with a validity of 14 days. 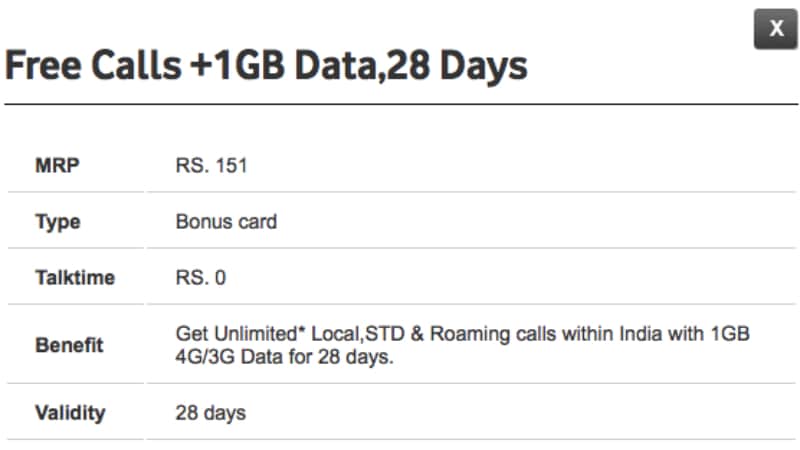 Interestingly enough, the Rs. 158 prepaid pack is just Rs. 7 more expensive than the Rs. 151 pack, although it offers total benefits of 28GB data compared to just 1GB on the latter.