Verizon to Start 5G Wireless Testing Ahead of Schedule 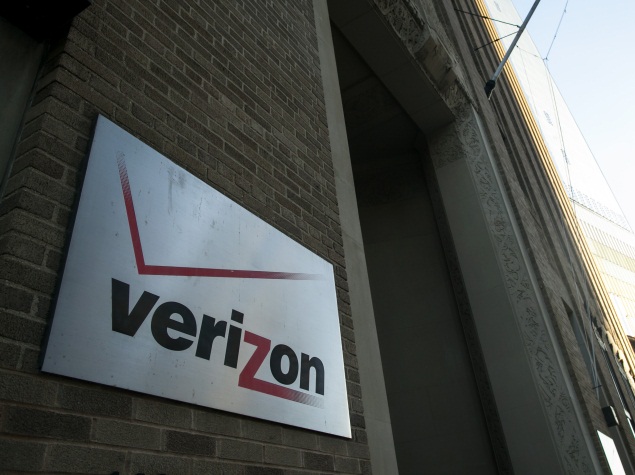 US telecom giant Verizon announced Tuesday it would start field testing of the superfast fifth generation of wireless technology or 5G, in 2016.

The announcement aims to accelerate the deployment of the new wireless system that could unleash innovation and new services such as driverless cars and remote surgery.

Global carriers have been in talks to deploy 5G wireless by 2020, but Verizon said its "aggressive roadmap" is "accelerating the expected rate of innovation."

"5G is no longer a dream of the distant future," said Roger Gurnani, chief information and technology architect for Verizon.

"We feel a tremendous sense of urgency to push forward on 5G and mobilize the ecosystem by collaborating with industry leaders and developers to usher in a new generation of innovation."

Verizon's statement did not include a timetable for 5G rollout but Gurnani told the news website CNET he expects "some level of commercial deployment" by 2017.

Verizon said it was working with partners including Alcatel-Lucent, Cisco, Ericsson, Nokia, Qualcomm and Samsung, establishing working teams for testing the technology.

5G was a key topic for participants at this year's Mobile World Congress in Barcelona, a mega-trade show for telecom innovations.

The new 5G technology is expected to deliver data speeds up to 1,000 times faster than the current 4G systems enabling fast transfer of data from Internet-connected devices from fitness bands to self-driving cars.

Verizon launched the first US network using 4G long-term evolution (LTE) which is a standard being adopted in many countries for wireless phones, tablets and other devices.

To fulfil the 5G dream, manufacturers must build infrastructure that can carry mobile phone signals powerful and quick enough to unfailingly support split-second activities, such as surgical operations or automatic traffic movement.

The GSMA, the world mobile operators' consortium that organizes the Barcelona gathering, said in a report in December that with ultra-fast 5G, "an operation could be performed by a robot that is remotely controlled by a surgeon on the other side of the world."

Tech specialists at the Boston Consulting Group estimated in a report that mobile companies would have to spend $4 trillion (2,65,56,994 crores) on research and investments by 2020 to develop 5G.