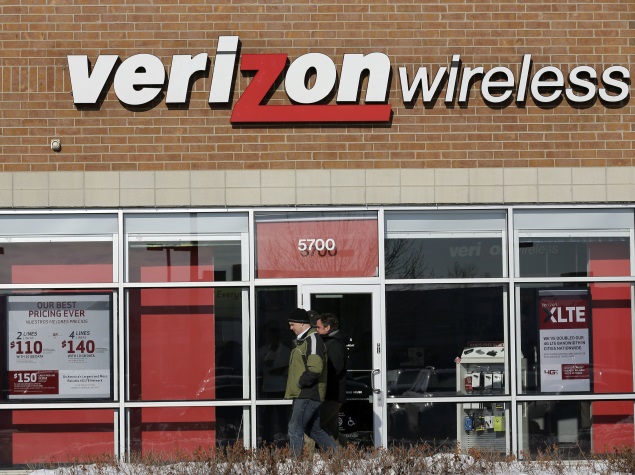 US regulators on Friday voted to open a swath of government-controlled airwaves for commercial use by tech and telecom companies such as Verizon Communications Inc and Google Inc as they seek to meet growing data demands from new wireless devices.

The Federal Communications Commission voted unanimously to chalk out a process to allow companies free access to the frequencies in the 3.5 gigahertz (GHz) band.

Those airwaves' ability to carry heavy data across short distances makes them particularly attractive to companies.

The plan to open up the frequencies can, for instance, help boost the capacity of companies' existing wireless networks, especially in densely populated locations or indoors. It could even help wirelessly connect specific devices like thermostats or washing machines to facilitate the "Internet of Things."

Friday's vote will kick-start the process of setting up a system for companies to begin using frequencies now dedicated to military radars and other government operations, by sharing them in places where commercial users would not interfere with incumbent users.

The opening up of 3.5GHz airwaves "is setting a new paradigm for how spectrum sharing should work," chairman Tom Wheeler said in remarks in Washington.

The plan would allow wireless providers and others to use the airwaves without charge similarly to Wi-Fi, or to buy licenses for short-term exclusive use in some areas if the airwaves get crowded.

The FCC has been developing the system, known as the Citizens Broadband Radio Service, since 2012 and has drawn interest from various wireless Internet service and device companies, including Verizon, Google, Qualcomm Inc and Ericsson.

Trade groups such as the Telecommunications Industry Association praised the move.

On Friday, the FCC also said it had voted to propose a notice seeking public comment on competitive bidding practices and rules in auctions of airwaves.

US regulators have been working on plans to reform government airwaves auction rules to prevent big companies from tapping a discount program intended for small businesses.

The FCC is gearing up to hold an auction early next year of another set of airwaves belonging to broadcasters and repackaging them to sell them to the wireless industry.