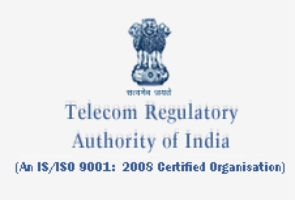 Telecom regulator Trai has initiated debate on the issue of operators arbitrarily disconnecting services of customers on the grounds of 'non-usage of numbers' or 'inactive SIM connections'.

According to information provided by telecom operators to the Telecom Regulatory Authority of India, around 20 crore SIMs were inactive for over a certain period of time and the total balance on that account stood at Rs. 128.9 crore.

Trai has said that telecom subscribers at various forums have represented that their mobile connections were being disconnected arbitrarily by telecom operators.

"Deactivation of a SIM without prior intimation and on arbitrary grounds deprives the subscriber of his mobile number which might have been an identity for him for a long time," said Trai's consultation paper on the issue.

As a result, consumers suffer from a potential loss of activity in both personal and professional set-ups causing an adverse impact on livelihood.

"While some consumers complained against the practice of deactivation of SIMs without prior intimation to them by their TSPs (Telecom Service Providers) when they were travelling in India or abroad, other subscribers lamented about disconnection of their life-time prepaid connections within a very short period of non-usage," Trai said.

Telecom operators in their meetings with Trai have said that they have to deactivate SIMs to efficiently manage number series (mobile phone numbers) allocated to them by the Department of Telecom.

Trai said it has found that telecom operators do not follow common criteria to disconnect inactive SIMs but added that "to manage their numbering resources better, the service providers have proposed to follow a procedure for deactivating mobile connections which are not used for a long time".

In July 2011, DoT started allocating number series to telecom operators on the basis of active users on their network.

"However, while carrying out such deactivations, the customers should be informed transparently and those customers who wish to retain their connections even while not using them should have the option to do so on payment of a connection retention fee," it added.

Trai cited that its order on tariff plan with lifetime or unlimited validity "requires any subscriber to recharge" his mobile phone account "with any specified minimum amount within specified time periods" during validity of the plan.

"...to keep the said tariff plan valid, such specified time period or interval, shall, in no case, be less than six months," the regulator said.