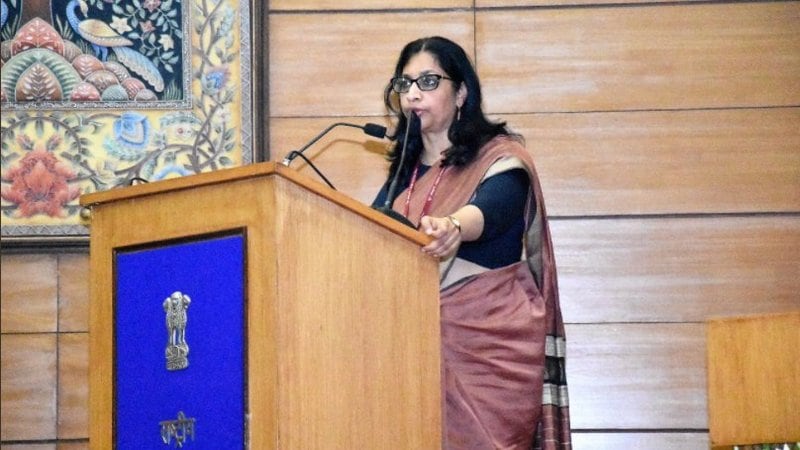 The Telecom Commission on Tuesday cleared proposals for allowing mobile services in flights and ships, use of Internet telephony and creation of post of ombudsman to address consumer grievances.

The proposals were approved by the commission chaired by telecom secretary Aruna Sundararajan. "The in-flight connectivity (IFC) was approved by Telecom Commission (TC). It was decided to accept TRAI's views except that the satellites used for providing services should be Department of Space-approved satellite and the gateway should be in India. We would be operationalising this immediately," Sundararajan told reporters after the meeting.

TRAI had recommended to allow foreign satellite firms in facilitating in-flight mobile communication services. IFC provider will have to take licence from DoT by paying annual licence fee of Re. 1 to provide the services. The inter-ministerial panel, whose members include NITI Ayog CEO, secretary from Department of Revenue, Department of Electronics and IT, DIPP etc, approved TRAI's views on Internet telephony services.

"On Internet telephony, all recommendations of TRAI have been accepted except the one to link calls to number. This will be fillip to voice telephony using data networks," Sundararajan said. The approval puts an end to ambiguity around calling on mobile and landline phones through mobile application. As per TRAI's proposal, companies who hold valid telecom licence can provide app-based calling service even by using Wi-Fi connection. The service provider will be required to comply with all the interception and monitoring related requirements and calls will be charged by telecom operators and all rules related to normal calls will be applicable on them, according to TRAI's suggestion.

The views address the issues raised by private telecom operators over state-owned BSNL's mobile calling app which aimed at facilitating international calls at local rates. However, the service was put on hold after private players alleged that BSNL was attempting to bypass call connection charges with the help of the app.

In a major relief to consumers, the panel also cleared proposal for an ombudsman under TRAI as recommended by the regulator. Besides present mechanism of registering complaint with telecom operators, an unsatisfied consumer can now approach consumer courts seeking relief for their grievances and thereafter also approach ombudsman for redressal of their complaints.

"Ombudsman will be created by TRAI. TRAI had said they do not have powers to create them. Therefore it is now proposed to give them the powers to create an ombudsman...This will bring in much better and more satisfactory grievance redressal system in the telecom sector," Sundararajan said. Earlier, a ruling of the Supreme Court in 2009 was interpreted that section 7B of the Indian Telegraph Act of 1885 barred a consumer from seeking remedy under the consumer Act. The complaint thus remained limited between the subscriber and the telecom company.

Sundararajan said approximately 1 crores complaints are made every quarter. The regulator will be free to set up as many ombudsman as per requirement, she said. "It ( creating ombudsman) will require amendments in the TRAI Act," Sundararajan said. The TC also approved TRAI's recommendation on 'Ease of doing business' in the telecom sector that aims at providing time bound clearances of various permits like licence, tower installation. The regulator has recommended DoT to work a suitable matrix, linking the penalty to the severity of the incident and recurrence of the violation for imposition of financial penalties. Telecom operators have been asked to pay highest penalty of Rs. 50 crores per circle even for minor violations.

The panel has accepted TRAI's proposal that will push the optimal use of public Wi-Fi network. Under the proposal, public data offices will be set up like yesteryears PCOs. Broadband connections of shops, malls, public places will be streamlined to provide Wi-Fi services to people in and around their premises. The move will enable entities to utilise their unused data by allowing public to consume it and in return get credit in their broadband account.

"TC was firmly of the view that the PDOs should not have cascading taxation effect. PDOs will provide significant job creation opportunity. We have been working with TRAI to operationalise it with immediate effect," Sundararajan said.

The panel also approved cost of connecting Andaman and Nicobar islands with total outlay of Rs. 1,224 crores which includes Rs. 947 crores as capex funding and balance as OPEX funding. "The OPEX of around Rs. 276 crores is being borne by Ministry of Home Affairs," Sundararajan said. The TC approved BharatNet project rollout in Assam, Madhya Pradesh, Rajasthan, UP East, UP West, West Bengal and Sikkim by BSNL and in Himachal Pradesh by Power Grid Corporation, she said.