Softbank to buy eAccess for more than $1.8 billion 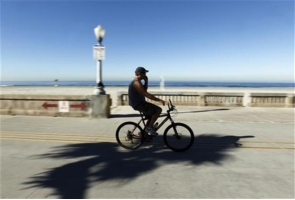 Softbank Corp will acquire smaller rival eAccess Ltd in a $1.84 billion deal as Japan's No.3 mobile carrier steps up its battle for market share with its nearest competitor KDDI Corp.

Softbank will pay 52,000 yen for every eAccess share under a share swap that will be completed in February, Softbank said in a statement on Monday, a premium of more than three times eAccess's closing price of 15,070 yen on Friday.

Softbank is setting the next stage of a market share war that intensified after KDDI broke Softbank's monopoly on Apple Inc's iPhone last year. Softbank, the first Japanese mobile service carrier to carry the popular smartphone, is vying with KDDI for iPhone devotees with the launch of the iPhone5 last month.

The addition of eAccess's subscribers would give Softbank a total of 39 million users, outstripping KDDI's 36 million customer base, Softbank founder Masayoshi Son said at a press briefing in Tokyo.

The generous premium was value for money because of the subscribers, increased network capacity and cost-saving that Softbank would gain, Son said.

"We are paying more than triple the current trading price of eAccess because the benefits come from the company's existing customer base. We do not think our shareholders will view this as a bad tie-up at all," Son told reporters.

Shares in eAccess jumped 26.1 percent to 19,000 yen on the Tokyo bourse on Monday, prompting a trading suspension. Softbank closed 1.8 percent lower at 3,105 yen.

The deal will be the sixth-largest merger involving a Japanese firm since the start of the business year on April 1, behind U.S.-based Micron Technology Inc's acquisition of bankrupt chipmaker Elpida Memory Inc.

Softbank is wooing existing subscribers with a trade-in deal on older models, while KDDI is seeking to draw new users with a tethering service allowing customers to connect to laptops and other devices via their iPhones.

Son also said he will launch a tethering service in December helped by eAccess.

Both Softbank and KDDI compete for subscribers with market leader NTT Docomo, which has 60.5 million users. It does not offer the iPhone.