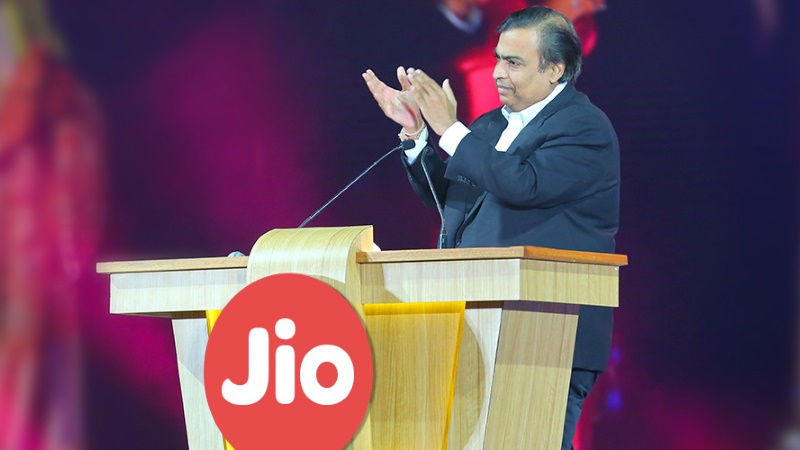 Reliance Industries Chairman Mukesh Ambani on Wednesday said Reliance Jio's user base is growing at a pace which it itself had not expected at the time of launch.

"When we started Reliance Jio, we set a target for ourselves that we will acquire 100 million customers in shortest time. Even we didn't imagine that we would do it in months," Ambani said at the three-day NASSCOM leadership forum in Mumbai.

Reliance Jio has been providing free 4G service since its soft launch on December 27, 2015 for RIL employees only and later opened it for all customers on September 5, 2016 thus completing over 160 days of its commercial operations.

Reliance Jio Stands for Affordability in a World Where 'Data Is the New Oil': Mukesh Ambani

"We just set ourselves a goal. Aadhaar enabled us to acquire a million customer a day which is unheard of in the industry as a whole," Ambani said.

The company provides connection on basis of instant verification of Aadhaar number of customers.

Jio crossed 50 million subscribers in just 83 days, adding at an average rate of 6 lakh subscribers per day and surpassing the subscriber addition rates of global giants like Facebook, WhatsApp and Skype.

However, the rapid ramp-up of subscriber base comes amid company's ongoing stand-off with incumbent operators over network connectivity issues where Reliance Jio's rivals have claimed to have provided it more than sufficient connection points for its subscribers growth which the Ambani led firm has strongly denied.

On February 8 this year, Airtel said it had provided adequate interconnect capacity to Reliance Jio to serve over 190 million customers and that the newcomer has been unable to activate all the points of interconnect (PoIs) and utilise the said capacity.