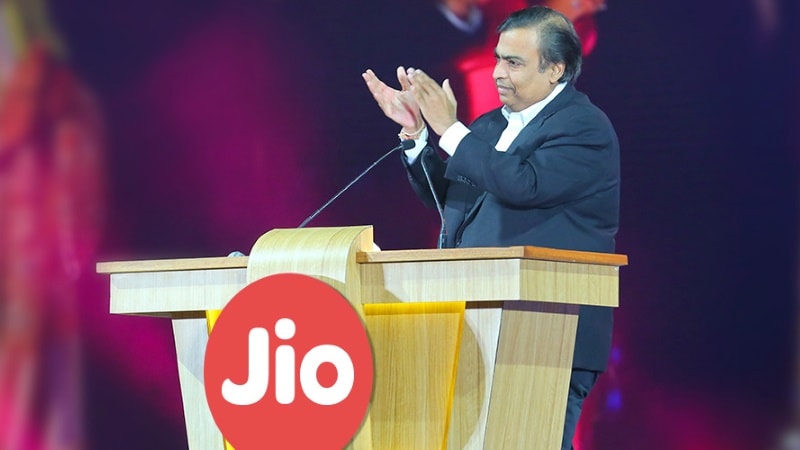 There is hardly any doubt that Reliance Jio has impacted Indian telecom industry in a substantial manner since its launch last year but latest data (July-December) from Truecaller communication app has revealed some interesting facts about the service offered by the Reliance Industries-owned telecom company. As per Truecaller's TrueInsights 2016 Special report, Reliance Jio has managed to capture 23 percent of the Indian telecom market. Note that this is a measure of the number of users that have Truecaller installed, and thus it doesn't necessarily represent the overall telecom market of India.

As per other data shared in the Truecaller report, the median call duration registered by Reliance Jio users (less than 30 seconds) is the shortest among users of all major telecom players in the Indian market. Interestingly, Reliance Jio users are also making the most calls per user out of any of the operators, as pointed out in TrueInsights 2016 Special report. The data seemingly suggests that the Reliance Jio users might be facing call-drop issues with the telecom operator. "If overlaid with the average call duration, it does seem like the data points to some unintended usage patterns, such as Jio sims primarily being used for data or an increased amount of dropped calls and hence redials on the Jio network," Truecaller said in its report.

However, things seem brighter for Reliance Jio when we consider Internet data consumption. Citing another industry report, Truecaller said that Reliance Jio users have average data consumption three times higher than other telecom operators. This statistic is of course helped by the free data offered by the company as part of the Reliance Jio Welcome and Reliance Jio Happy New Year offers.

"42 percent of all Indians having 4G handsets are using Jio as the primary source for data connection. Only 17.54 percent of 4G users are using Airtel as primary data connection source, while Vodafone has a market share of at 12.26 percent and Idea has 11.50 percent share," Truecaller said citing the same industry report.

As per the TrueInsights report, Vodafone and Idea enjoy the leading share in Delhi and Maharashtra respectively while Reliance Jio and Airtel have even share of usage across all regions. Vodafone users reported the longest median call duration while in terms of regions Kolkata users lead the category and Jammu and Kashmir fared worst, as per the data.

As you would expected, the information graphs provided by TrueInsights suggest that the median call duration, number of users, and the number of calls placed by each user, all increased considerably for Reliance Jio in last three months of 2016.

"Mobile Internet usage is expected to grow to over 500 million customers by the end of 2017 with a large portion of those picking Jio. As a result there's already consolidation discussions among operators in India due to the increased competitive pressures," Truecaller said in its report.

It will be interesting to see how these numbers for Reliance Jio will change (for better or worse) after the company's promotion offers end and the standard pricing will be put into place.

A recent report by Truecaller for Q4 2016 revealed that Reliance Jio has become the second largest telecom player in India in terms of users, capturing more than 23 percent of the Indian market.

ISRO Creates Record by Launching 104 Satellites: Here's the List of Satellites on Board
ISRO Planning to Launch SAARC Satellite in March, Chandrayaan-2 in Q1 2018