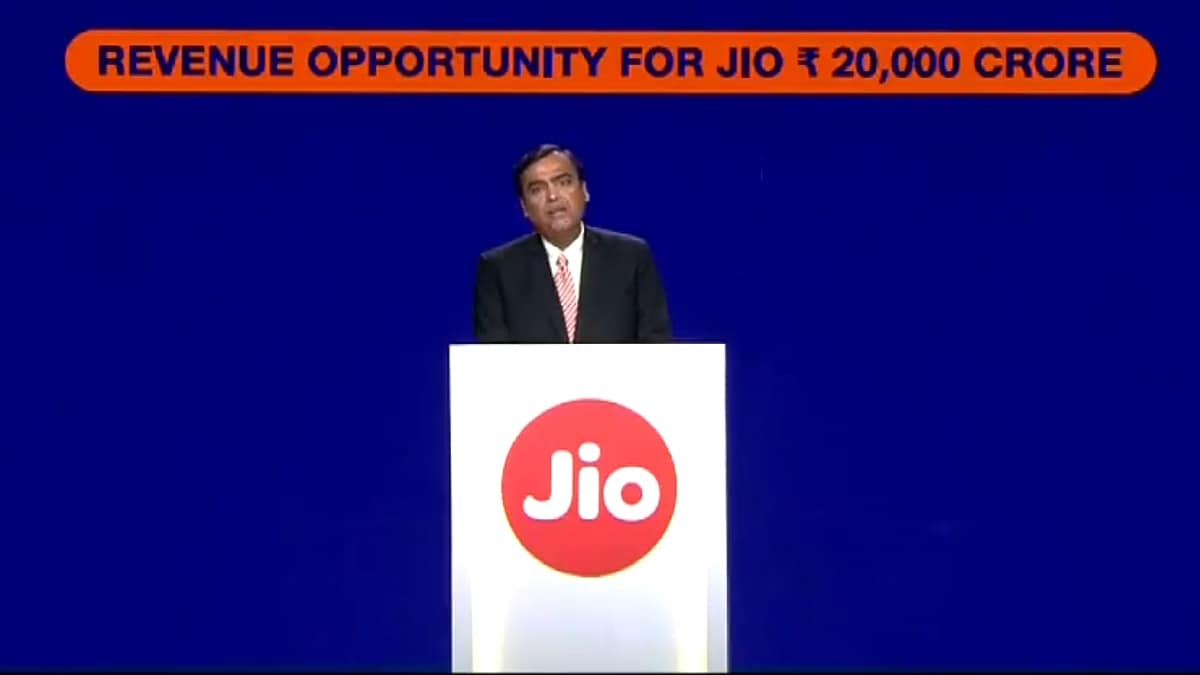 Reliance Jio has extended its lead over Vodafone-Idea, in terms of subscribers

Reliance Jio last month in the Reliance Industries Limited (RIL) earnings report revealed it had reached 331.1 million subscribers at the end of Q2 2019. At the 42nd Annual General Meeting (AGM), RIL Chairman and Managing Director Mukesh Ambani revealed that Jio now has over 340 million subscribers. While its figure from July already meant the telco had become the largest telecom operator in India in terms of subscribers, beating out Vodafone Idea, the latest revelation sees it extend its lead.

Ambani said, "Jio has crossed the 340 million subscriber mark to remain among the world's fastest growing digital services." He added that Reliance Jio is now the largest operator in India in terms of subscribers, revenue, and profits.

At the Reliance AGM 2019, Ambani also revealed that Jio was signing up more than 10 million new subscribers every month. With this growth rate, he said the target of 500 million customers was within range. Ambani also said that Jio was now the second largest operator in the world in a single country.

To recall, last month Reliance Jio has surpassed Vodafone-Idea in terms of the number of subscribers in India, based on second quarter figures released individually by both telecom operators.Vodafone-Idea said its user base had declined in Q2 to 320 million. On the other hand, Reliance Jio had reported it had reached 331.3 million subscribers by the end of Q2, taking the lead. As per the latest TRAI numbers, at the end of May 2019, Jio had already beaten Airtel to take the second spot, with 322.9 million subscribers against the latter's 320.3 million.