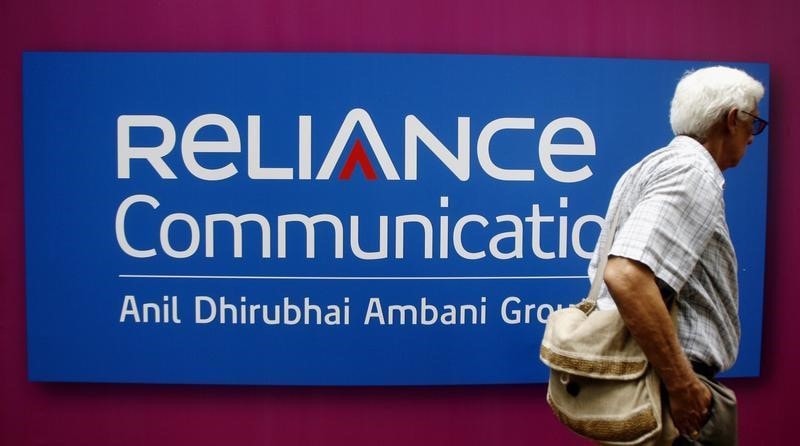 Reliance Communications, which is to merge its wireless business with smaller rival Aircel, said on Thursday the combined carrier would look to raise about $1 billion (roughly Rs. 6,684 crores) in equity from outside investors for expansion and to pay for mobile spectrum.

Billionaire Anil Ambani-controlled Reliance Communications, and Aircel parent Malaysia's Maxis Communications will each own 50 percent of the mobile phone operator, which will be India's third-biggest by customers, the companies said when they announced the deal on Wednesday.

"We are looking at around a billion dollar of investment into the company," Punit Garg, President at Reliance Communications, said on a conference call on Thursday.

When asked how these payments would be financed, Garg said: "There's enough interest we've received from international financial investors in the merged company." He said the merged group would be talking to potential investors between now and when the deal is expected to close in the first half of next year.

Garg did not quantify the government fees, but said the merged carrier could also raise another $1 billion in bank debt if required to fund its expansion plans.

The combined company will start with bank debt of about Rs. 28,087 crores ($4.2 billion) on its books, Reliance Communications executives said.

Reliance Communications, with a net debt of Rs. 42,000 crores as of end-June, expects to cut this by Rs. 20,000 crores as it transfers part of the debt to the new venture.

Reliance Communications is looking to sell its mobile towers business to cut debt and expects to seal a deal by October, Gurdeep Singh, chief executive of the company's consumer business said on the call.

Reliance Communications will continue to operate its undersea cable business and data centres after transferring the wireless arm to Aircel.

Reliance Communications shares closed 2.6 percent lower on Thursday, after rising as much as 3.6 percent in early trade.