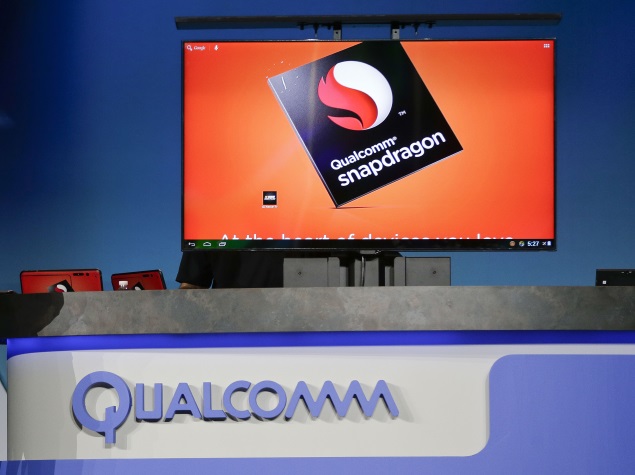 Qualcomm Inc has agreed to pay China a fine of $975 million (roughly Rs. 6,052 crores), the largest in the country's corporate history, ending a 14-month government investigation into anti-competitive practices.

The deal also requires Qualcomm to lower its royalty rates on patents used in China, likely helping Chinese smartphone makers like Xiaomi Technology Co Ltd and Huawei Technologies Co Ltd. It removes a major source of concern among Qualcomm investors, sending shares of the U.S. chipmaker up 1.6 percent to $68.18 in after-hours trading.

China's expanding high-speed 4G network is driving demand for smartphones with leading-edge technology, but Qualcomm's opportunities have been clouded by the antitrust investigation, which has also contributed to troubles collecting royalty payments from device makers.

Qualcomm said in a statement on Monday it would not contest the China's National Development and Reform Commission's (NDRC) finding that Qualcomm violated an antitrust law.

Asked whether the resolution in China could affect the outcome of ongoing antitrust probes into Qualcomm in Europe and the United States, Qualcomm President Derek Aberle said, "We fully respect their authority, but we don't believe it's likely that other agencies will necessarily meet similar conclusions."The U.S. chipmaker also cut its full-year earnings estimate because of the fine, which Qualcomm said would cost it about 58 cents per share, but it raised the lower end of its revenue forecast slightly.

"It removes a significant source of uncertainly from our business and really positions our licensing group to really participate in the full growth of the wireless market in China," Qualcomm Chief Executive Officer Steve Mollenkopf told Reuters in a phone interview. "It's something we're happy is over."

Discussions in Beijing over one of the most contentious cases under China's 2008 anti-monopoly law had intensified in recent weeks, culminating in meetings between Qualcomm senior executives and the NDRC on Friday.

Under the terms of the agreement, Qualcomm will offer licenses to its current 3G and 4G essential Chinese patents - widely used by Chinese device makers - separately from other patents.

For companies opting for the new agreement, which applies to phones sold for use in China, Qualcomm will calculate royalties based on 65 percent of the selling price of phones, instead of on the whole price.

Some on Wall Street have speculated that even limited concessions made to Qualcomm's licensing business in China could affect the technology company's licensing deals in other countries.

"That's the first time I've ever seen them in writing agree to that and it begs the question of why 65 percent is the right number in China and it's not the right number everywhere," said Bernstein analyst Stacy Rasgon.

Excluding the cost of the fine and other one-time items, Qualcomm forecast earnings of $4.85 to $5.05 per share, raising the lower end of its previous forecast of $4.75 to $5.05. On that basis, analysts had expected $4.96 per share, on average, according to Thomson Reuters I/B/E/S.

Qualcomm is just one of several overseas companies, including Microsoft Corp, that have come under investigation in China for allegedly anti-competitive practises.

Sigma dp2 Quattro Review: Captures Images Brimming With Colour
OnePlus One v Xiaomi Mi 4: Which One Is Right for Mi?