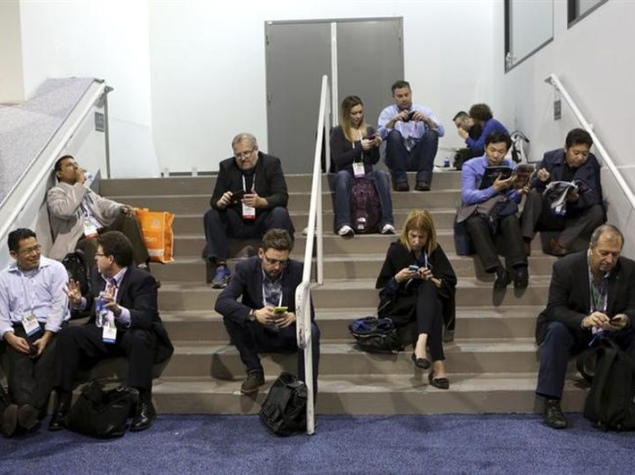 After months of aggressive moves by T-Mobile US to lure customers from other carriers, No. 2 operator AT&T Inc counterattacked on January 3 by offering to pay consumers to switch from T-Mobile. Days later, No. 3 ranked Sprint Corp promised big discounts for family and friend groups. On Wednesday T-Mobile upped the ante, saying it would pay hefty exit costs for converts.

The moves by Sprint and AT&T come after No. 4 U.S. operator T-Mobile, a long-time industry straggler, was able to report three full quarters of customer growth after four years of losses.

The intensifying competition is a new challenge to a U.S. industry long used to imposing its will on consumers, and analysts fear it could result in the loss of billions of dollars of revenue.

Investors had hoped AT&T and market leader Verizon Wireless would be able to shrug off T-Mobile's moves, since they already control about two-thirds of the market. AT&T had previously said that T-Mobile's efforts only concerned the most cost-conscious customers, who are not its or Verizon's primary targets.

AT&T stayed on the sidelines for months in the face of public criticism of its services from T-Mobile's outspoken chief executive officer, John Legere. Now that the company is fighting back, even industry leaders could face tighter margins, say analysts.

"The most disappointing thing is that AT&T is reacting to T-Mobile," said Jefferies analyst Michael McCormack. "How long is it before Verizon reacts?"

While AT&T did not change its service rates, it is offering customers a $200 credit to switch to its network.

The company is the easiest target for T-Mobile, which it tried to buy in 2011, since they use the same technology, so it is simple for customers to switch between services.

Their battle got more personal at the Consumer Electronics Show in Las Vegas when AT&T kicked Legere out of its party, a concert featuring rapper Macklemore.

At T-Mobile's own event, Legere, sporting his customary pink company tee-shirt under a leather jacket, took to the stage to make fun of AT&T and its executives in a profanity-sprinkled speech.

Roe Equity Research analyst Kevin Roe sees the "unhealthy market dynamic" getting worse, since he is not convinced AT&T's incentives to T-Mobile switchers will end there.

"There's more to come, and it will continue until AT&T has market-share stability," said Roe, who believes the carrier will keep going until it can ease customer losses to T-Mobile.

Competition could escalate further later on this year when Sprint, which is 80 percent-owned by Japan's SoftBank Corp, is expected to try hard to woo back customers who have left because of technical problems from a network overhaul.

Some investors are still hoping for a ceasefire if SoftBank's hopes of merging Sprint with T-Mobile come to fruition. It may make a bid for T-Mobile as soon as this year. But many Washington industry experts see regulators blocking such a deal: The government rejected AT&T's earlier attempt to buy T-Mobile on the grounds that the market needed four national operators. Since T-Mobile has become stronger, that decision seems to have been justified.

Specter of marketing spending
The day before T-Mobile made its latest offer, executives at Sprint and Verizon brushed off questions about the AT&T move.

"You don't really buy loyalty that well in my view, and those customers will switch back," Verizon Communications CEO Lowell McAdam said during a webcast of an investor conference on the sidelines of CES.

At the same event, where he announced his own company's new promotions, Sprint CEO Dan Hesse also suggested that his rivals' moves to buy customers would be fleeting.

Analysts, however, say the fight could take its toll, once consumers vote with their wallets and operators show just how hard they will fight.

Jefferies' McCormack said his biggest concern is that decreasing average monthly revenue per user (ARPU) from discounts could wipe out profits from customer additions.

For example, McCormack said in a research note that adding 1 million subscribers at AT&T would boost earnings before interest, tax, depreciation and amortization by just $852 million, while a 1 percent increase of ARPU would increase EBITDA by $1.14 billion.

Legere brushed off concerns about the risk to profits when asked about dueling discounts at T-Mobile's CES event. He said he would prefer to give consumers a good deal even if his company never matches the profits of its biggest rivals. AT&T reported an EBITDA margin of 42 percent in the third quarter; Verizon Wireless margins were at 51.1 percent.

"We can be very profitable," Legere said, "but I don't think you need to make 55 points of EBITDA margins." T-Mobile has previously set a long-term margin target of 34-36 percent.

Legere also estimated that consumers could save a total of $20 billion per year if they all switched to T-Mobile, a calculation based on the other carriers' monthly user revenues.

Such a sum would represent roughly 13 percent of total service revenue generated by T-Mobile's three bigger rivals in 2012.

While this scenario may be wishful thinking on Legere's part, McCormack worried about the implication that industry revenue could be cut by $20 billion. "That's clearly not a healthy sign."