"India's smartphone users experience varying 4G download speeds depending on the city they live in. Navi Mumbai led our 20 cities' ranking with double the speed of Allahabad, which came last. 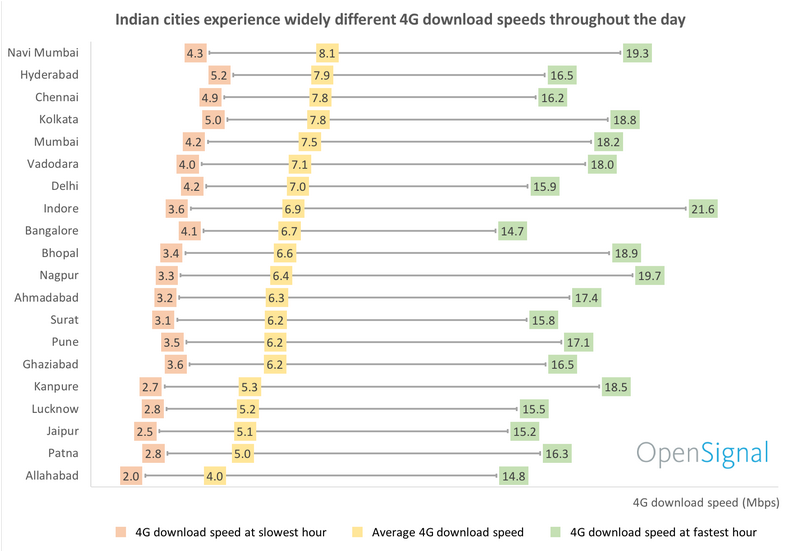 "Hyderabad has the most consistent speeds and Allahabad has the highest variance. In all cities, 4G download speeds changed considerably at different hours of the day, the average download speeds being at 4.5 times faster at night," Francesco Rizzato, Technical Analyst, OpenSignal, said in a statement.

When the mobile network is busiest, the average LTE download speed drops 2.8 Mbps compared to the daily average with users in Allahabad experiencing the slowest 4G download speed at 2 Mbps.

However, when the network is less congested, download speeds jump on average by 10.3 Mbps, with Indore hitting the highest speed of 21.6 Mbps. 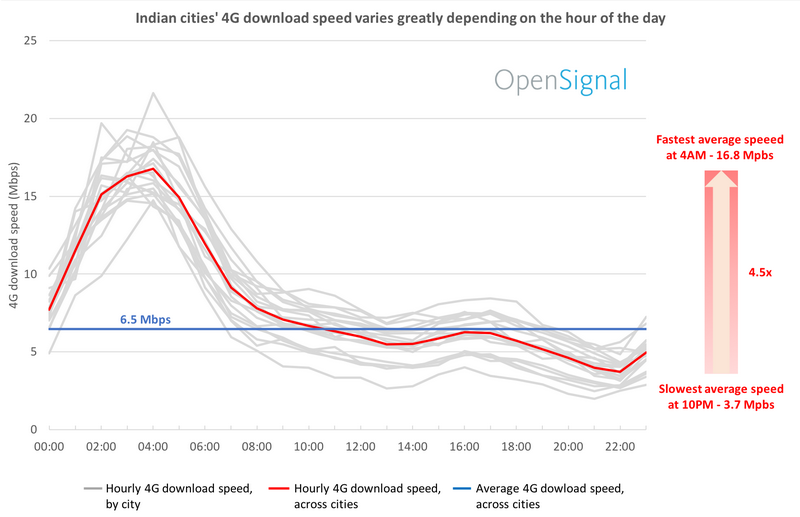 All the cities witness speeds that tend to decrease over the course of the day, and reach the slowest at 10 p.m. when presumably most users are connected to the Internet accessing entertainment services on the mobile.

With increasing number of people accessing mobile services, cheaper smartphone devices and rising average data consumption per user, mobile operators in the country can expect the number of connected devices and data traffic to continue to soar and network congestion to persist, the OpenSignal report noted.