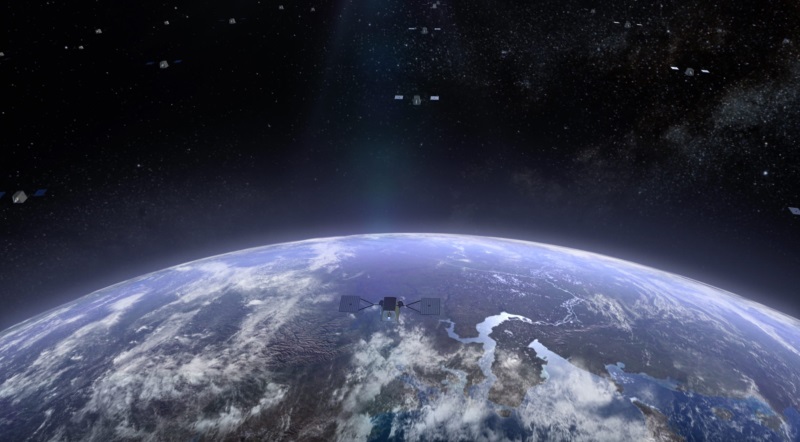 US satellite start-up OneWeb has offered to sell a minority stake to Russia, a move it hopes will allay Moscow's concerns about the company's plan to create a worldwide internet network using satellites, three sources familiar with the matter said.

Russia's Federal Security Service (FSB) said in October it was against the project servicing Russia for security reasons and feared it could be used to gather intelligence and damage national security.

Russia is an important market for OneWeb's project because it has many remote areas where high-speed broadband is not available. OneWeb also needs the assistance of Russian space agency Roscosmos to send satellites into orbit.

OneWeb has offered the Russian government the option of buying a 12.5-percent stake in the company in exchange for approving its request for a frequency band in the country, said the three sources, including one in the Kremlin. The offer was made at a meeting with Prime Minister Dmitry Medvedev earlier this year, they added.

A Russian subsidiary of OneWeb and Rosmoscos submitted a request for the frequency band last year, but it was rejected by the authorities.

The Russian government is still discussing OneWeb's proposal, the sources said. The government and Ministry for Digital Development and Communications did not reply to requests for comment.

If Russia buys a minority stake in OneWeb, it would be represented on the company's board of directors and have access to the project's technical documentation, the sources said.

However one of the sources, a Russian government official, said the government was not satisfied with the conditions attached to the stake purchase, as it wanted access to the technical documentation before committing to the deal.

OneWeb spokesman Christopher Torres declined to comment on the offer, saying only that the firm "has ongoing discussions with virtually every country in the world."

It plans to create a network of 900 satellites, most of which it wants to send into orbit via 21 Soyuz launch vehicles from the Baikonur Cosmodrome in Kazakhstan and the Guiana Space Centre.

OneWeb struck a deal with Roscosmos in 2015 to send the satellites into orbit and clinched a joint venture with a subsidiary of the agency to service Russia.

OneWeb is in the process of relinquishing its majority stake in that joint venture after the FSB raised concerns the service could potentially hand a foreign Internet service provider a monopoly over rural and remote areas.