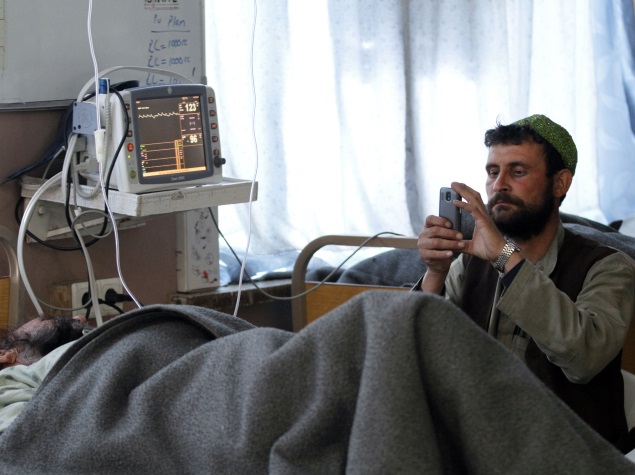 On a directive from the Prime Minister's Office, local authorities in the national capital have been asked to help telecom operators set up necessary infrastructure like mobile towers, to overcome the menace of call-drops, especially in hospitals.

"It has been brought to the notice of this office that patients and other visitors to hospitals, particularly in Delhi, are finding it difficult to communicate through mobiles due to poor connectivity," said a PMO note to the Department of Telecommunications.

As a follow-up, a memo from the telecom department has not only desired that hospital authorities permit telecom service providers (TSPs) to install base towers and other infrastructure, but also charge nominal rates, without treating the process as a means for revenue generation.

"Hospital authorities should readily permit all the TSPs on equal terms to install the necessary telecom equipments in the hospital premises so that all the visitors to hospitals, having mobile phones from any of the operators, would get proper coverage," the memo has said.

Reacting to the development, Rajan S. Mathews, director general, Cellular Operators' Association of India (COAI) told IANS that the only way the problem of poor connectivity can be solved is when state governments say it is okay to put up cell towers near the hospitals.

"But some state government like Rajasthan do not allow towers near hospitals and school," Mathews said, adding: "We strictly follow the guidelines for mobile towers. They do not restrict telecom companies from installing these towers near schools or hospitals."

In its directive based on the PMO memo, the telecom department also made some observations.

"As the hospital premises are generally large and the building structures are complex, indoor coverage issues in hospitals are inevitable. Installation of in-building solutions (IBSs) within the hospital buildings is the most effective method to improve indoor coverage."

Interestingly, it said, the government hospitals were the ones that were not well-covered.

"Hospitals should provide the necessary infrastructure at nominal/reasonable rates. Provisioning of infrastructure and the permission for installation of in-building solutions (IBSs) and base transceiver stations should not be used as a means to generate revenue by the hospitals."

It has also called for the existing infrastructure to be shared by operators. The directive said all concerned authorities to help in the matter of mobile towers and asked the telecom operators to approach the telecom department with specific cases where they face any difficulty.

Talking about the problems faced by the industry specifically in the national capital, Mathews said: "The government only needs to ensure that there is no artificial restrictions by certain authorities on putting up cell towers."

He said some authorities had expressed concern over possible health effects of electro-magnetic radiation from mobile towers, adding that was already allayed by expert institutions such as the World Health Organisation. He also said the norms in India were 10 times stricter.