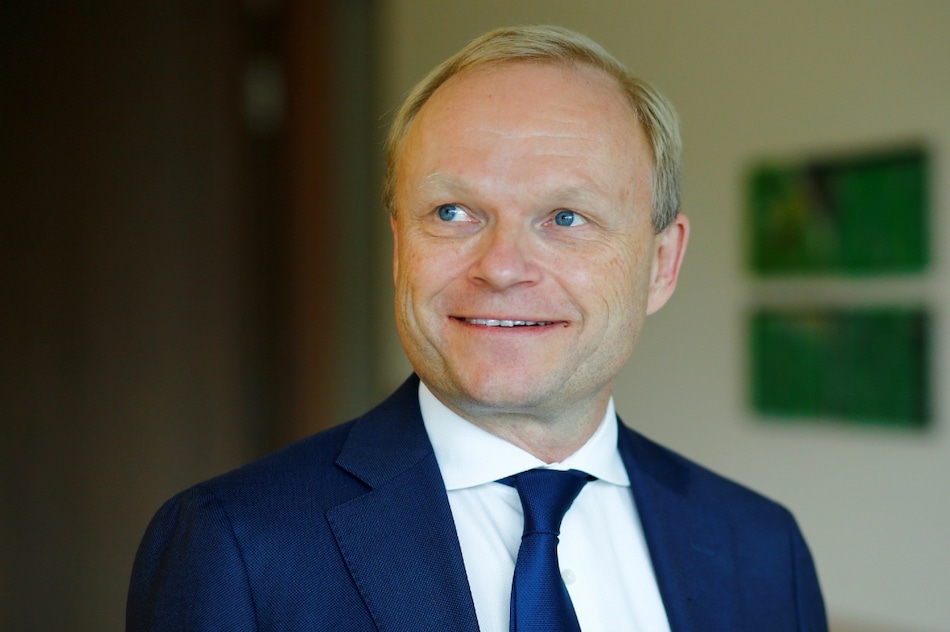 Nokia's new chief executive Pekka Lundmark said he will take time to re-acquaint himself with the Finnish telecom equipment maker before setting a strategy, as the company jostles for position in the highly political 5G race.

US government pressure to limit the use of China's Huawei presents an opportunity for Nokia as next generation technology is rolled out, but Lundmark would not be drawn.

He also declined to disclose his thinking on Nokia's broad range of product portfolio and strategy. The company made product mis-steps last year, although it managed an unexpected rise in second-quarter underlying profit as it took on less low-margin business.

"What we will be doing now is to preview the current plans and then potentially make new plans as to how we develop the portfolio," said Lundmark, who took on the Nokia top job last weekend.

"I have theories and ideas in my mind, but again day five is far too early to talk about them."

He said he hoped to be able to give more detail "before the end of the year".

Lundmark previously spent 10 years working in Nokia's network business in the 1990s and then 20 years working elsewhere. Most recently he was CEO of Finnish energy company Fortum.

"This job is my dream job," he said of his new role. "It's definitely kind of a homecoming for me."

TikTok, WeChat Bans Not Crucial to US Security: Experts