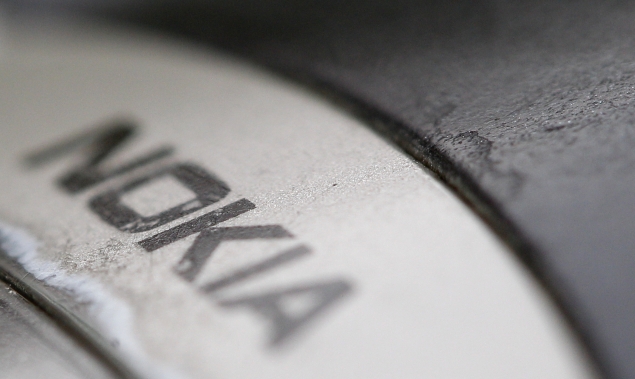 Nokia is discussing internally whether to approach French rival Alcatel-Lucent about a tie-up, part of the Finnish company's review of how it can grow after the planned sale of its handset business to Microsoft Corp, several people close to the matter said.

No formal talks are underway with Alcatel-Lucent, the sources said. One of the people close to the matter said Nokia held "on again, off again" discussions about buying Alcatel's wireless business as recently as late 2012 and that the two companies could still come back to the table.

Speculation over a combination between Nokia and Alcatel-Lucent goes back several years, as both have struggled to compete with market leader Ericsson and low-cost Asian network equipment rivals Huawei and ZTE.

Microsoft announced on September 3 that it will buy Nokia's phone business and license its patents for 5.44 billion euros. Nokia has said it will evaluate strategy for its remaining operations before the deal closes. Those businesses include a mapping software unit called HERE and a portfolio of patents.

The Finnish phone maker once dominated the global market but has had its mobile business ravaged by nimbler rivals Apple Inc and Samsung Electronics.

Nokia, under the leadership of interim CEO Risto Siilasmaa, has already begun internal discussions on future strategy, the sources said, adding that a decision could be months away.

All the sources asked not to be identified because they were not authorized to speak with the media.

Representatives for Nokia, its network equipment unit, Nokia Solutions and Networks, and Alcatel-Lucent declined to comment.

Nokia is in a "period of reflection trying to figure out what they want to do," one of the sources said. They said there were possibilities for Nokia such as having "the option to buy the entire Alcatel-Lucent, or just the wireless business. Nothing is imminent."

Proceeds from Microsoft deal
Any formal dialogue around a combination would likely be held after Nokia receives proceeds from the Microsoft deal, which is expected to strengthen its financial position and boost its credit rating to investment grade from junk status, the people close to the matter said.

The Microsoft deal would leave Nokia with its Nokia Solutions and Networks (NSN) unit as the main business generating around 90 percent of the company's sales.

The most likely deal may be for Nokia to buy Alcatel's wireless division, which includes a big presence in the lucrative U.S. market where NSN has traditionally been weak, one of the sources said. That would leave Alcatel-Lucent to focus its fast-growing IP routing and optical business, the person said.

A combination with Alcatel-Lucent would increase NSN's market share in the global wireless infrastructure market from 18 percent to more than 30 percent, leapfrogging Huawei and closing in on Ericsson, according to analyst data.

While telecommunications operators around the world have been upgrading their infrastructure in response to consumer demand for faster mobile Internet connections, equipment makers have been under pressure to sell more for less.

The pressure led to a round of mergers in 2006 and 2007, out of which were born Alcatel-Lucent and Nokia Siemens Networks.

NSN, which was a joint venture between Nokia and Siemens from 2007 until Nokia bought out the German company's stake in early July, announced in 2011 that it would focus on wireless network infrastructure to help turn the company around.

It has since shed more than a quarter of its workforce, and by the end of 2012 it was contributing to Nokia's cash flow instead of draining it.

Alcatel-Lucent, which has been unable to post regular profits and generate cash since 2006, also announced a new restructuring plan in June, under its new chief executive Michel Combes.

Nokia is likely to be highly cautious when considering any kind of offer for Alcatel-Lucent.

With shares of the French company up about 130 percent this year, the Alcatel chief executive is currently not in any rush to strike a deal, the sources said.

There were other issues that could stand in the way of a deal, such as the risk of intervention by the French government to protect Alcatel or limit job cuts, one of the sources familiar with Nokia's thinking said. The French state owns 3.6 percent of Alcatel-Lucent.

Nokia also may not be the only company interested in buying some of Alcatel's assets. Other network equipment makers such as Juniper Networks and Ericsson have also recently eyed Alcatel-Lucent or some of its assets, one of the sources said.