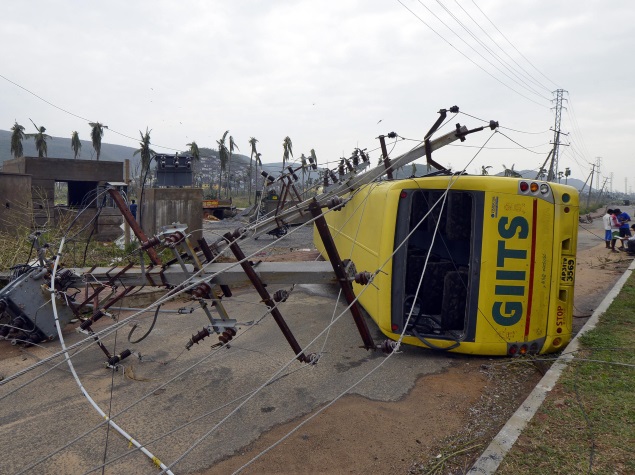 Andhra Pradesh Chief Minister N. Chandrababu Naidu Tuesday asked police to arrest officials of telecom service providers and bring them to him if they fail to attend their duties to restore services in this port city.

Naidu, who is camping in cyclone-hit city since Monday, expressed his unhappiness over the functioning of telecom companies.

"I have asked police to arrest them and bring them to the meetings to review the situation," Naidu told reporters Tuesday.

Warning that he will be harsh with all agencies concerned, the chief minister wanted them to restore communication facilities by Wednesday.

"People are in distress. These companies have to come to their rescue. They can't just make profits when people are happy and desert them when they are in trouble," said Naidu.

The chief minister said he wants the officials to brief him by evening of the measures taken to restore the services and explain the reasons for the delay in rectifying towers.

The devastating cyclone has badly hit the communication network in the city. The gales knocked down 70 to 80 percent towers, paralysing mobile phone and Internet services. Lack of communication is proving a big hurdle in relief operations.