Climbing Mount Everest? You will soon get 5G network right up to the summit.

Chinese telecom operator China Mobile is working with Huawei to deploy 5G base stations on Mount Everest. After the project is completed, it will be the highest place in the world with 5G network connectivity. The installation of equipment required to enable 5G services on the world's tallest mountain has been completed at two Everest camps. China Mobile said that the pending work of setting up 5G base stations at the forward camp at an altitude of 6,500 metres will be completed by April 25. The base station at forward camp will offer 5G coverage to the summit of Mount Everest.

China Mobile said in a post on Weibo that it completed setting up three 5G base stations at two Everest camps, at 5,300-metre base camp and 5,800-metre transition camp on April 19 and the work at the forward camp will be done by Saturday.

To get 5G to reach such heights, China Mobile sent 150 workers for construction and maintenance purposes. 8-tonnes of network construction and life support equipment was carried to the mountain. The equipment used to deploy 5G was made by Huawei. 25 kilometres of optical fibre cable also had to be laid for the project. 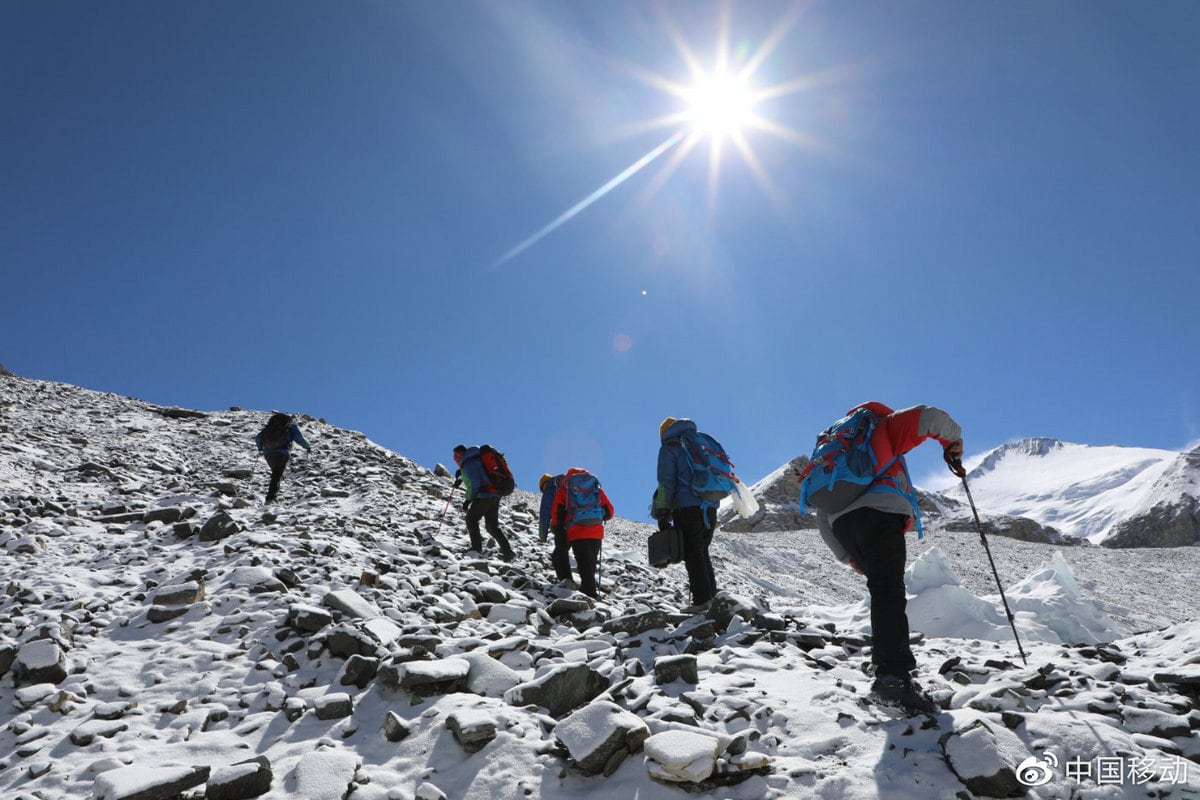 According to Global Times, a newspaper run by the Chinese Communist party, the 5G base stations on the Everest provide download speeds of 1Gbps.

“In addition to China Mobile, China Telecom has announced that it built 5G base stations at the Qomolangma base camp, at an altitude of 5,145.3 meters on April 13. The tested upload and download speeds were 700Mbps (megabits per second) and 223Mbps, respectively. China Unicom has also announced in recent days that it has built two 5G base stations on Mount Qomolangma,” Global Times reported. Qomolangma is the Tibetian name of Everest.

With the deployment of 5G at the 8,848 metres tall mountain, mountaineers are expected to be able to communicate better, thus making their expedition safer. It could also prove to be helpful for rescue workers and researchers.