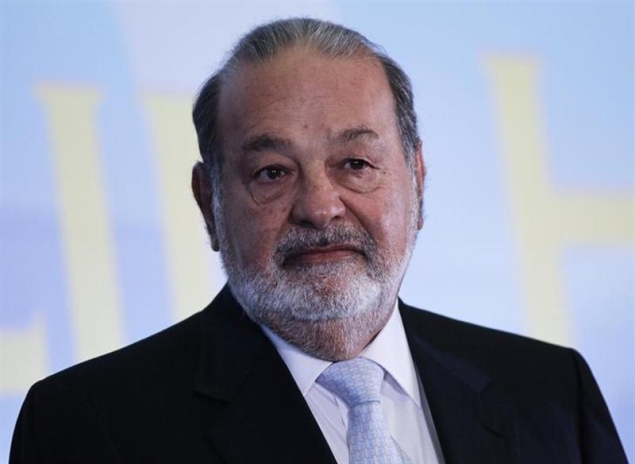 Movil's 2.40 euros per share bid for KPN announced Friday offers a 20 percent premium on Thursday's closing price, valuing the company's stock at around 10.3 billion euros, and the 70 percent it doesn't already own at 7.2 billion euros.

The news of the approach sent KPN shares 17 percent higher to 2.34 euros in Amsterdam.

The offer price is miles above the 1.60 euros KPN's shares were trading at in mid-July before Movil's arch-rival, Telefonica SA, announced plans to buy E-Plus from KPN for around 8.1 billion euros.

The Telefonica deal was backed by KPN's management, but many analysts believe Slim, the world's richest man according to Forbes magazine, wants E-Plus for himself. E-Plus has a 15 percent stake in the German market that would be near-impossible to build from scratch.

Also, "Slim could be forcing Telefonica to step up and bid for all of KPN, in which case he could exit at a higher price," said analyst Guy Peddy in a note written by a team of analysts from Macquarie Capital.

"At the very least, Telefonica will likely have to significantly raise its bid on E-Plus, which would cause its leverage to balloon" and hurt its ability to invest in Latin America, where it competes directly with America Movil, said Peddy.

Movil said it initially invested in KPN to improve its geographical diversity. Now it wants a controlling stake "to facilitate greater operational cooperation and co-ordination between the two companies."

The Telefonica deal for E-Plus must still be approved by KPN shareholders - including Movil - and it is expected to receive scrutiny from European regulators as it would combine Germany's third and fourth largest mobile providers.

Analyst Marc Hesselink of ABN Amro said there appear to be few hurdles to the Movil bid succeeding.

"In our view, American Movil was 'forced' to this bid by the E-Plus deal," he said.

Once Movil controls KPN, Slim could either demand a higher price for E-Plus, or more likely, block the sale entirely.

"Without E-Plus, there is limited strategic value in KPN," he said.

He reasoned there was little chance Telefonica would try a counteroffer for KPN, given Movil's 30 percent stake, and little chance that Dutch governance rules would let KPN's boards torpedo a relatively attractive offer.

Movil said Friday its offer for KPN will be dependent on receiving at least 50 percent of KPN's shares and there being "no competing transactions having been announced or made by any party."

KPN, which once advised investors not to sell shares to Slim, said its board and managers would appraise the potential benefits of a Movil takeover "consistent with their fiduciary duties and their commitment to the continuity of KPN and the interests of all stakeholders."

Movil built its stake in KPN over the past two years, in its first major foray outside Latin America. KPN's shares were worth more than $8 apiece when it began.

KPN has run into financial trouble after the increasing use of smartphones began eating into margins in the Netherlands, where KPN has 40 percent of the mobile market. Customers with smartphones decided to ditch KPN's highly priced SMS text messaging service en masse for cheaper Internet-based services such as WhatsApp and Skype, and KPN's profits plunged.

Then KPN paid more than it had expected to the Dutch government in an auction for fourth generation mobile licenses, loading its balance sheet with debt.

In May, the company issued 3 billion euros worth of new shares in order to avoid a repeat of the near-insolvency it suffered in the early 2000s. Even after the share issue, KPN carried 9.5 billion euros in debt at the end of the second quarter.

It had recorded a second-quarter net profit of 107 million euros on sales of 2.94 billion euros.