Reliance Jio is yet to officially confirm the expansion of its landline service.

JioFixedVoice charges will be covered within the monthly GigaFiber fee

Back in April, Reliance Jio was spotted testing a free landline service for Jio GigaFiber subscribers. It now appears that Jio has now begun the wider rollout of its landline service for GigaFiber subscribers who registered for the preview program. Jio's landline service will go by the name ‘JioFixedVoice' and requires the selected users to activate the service by verifying their registered mobile number. Gadgets 360 can confirm that the notification with JioFixedVoice invitation has started appearing in the MyJio app for some users, but it is not clear whether this is a wider rollout that will span across phases or if it is still limited to a small bunch of users.

To recall, Reliance Jio reportedly began testing a triple play plan among its employees and its benefits include unlimited voice and data access up to 100GB, access to Jio Home TV, and complimentary subscription to Jio Apps. A month later, Jio was spotted offering its landline service to a select few Jio GigaFiber subscribers with a landline connection that uses the company's GigaHub Home Gateway. To take advantage of the Jio Fixed Voice landline service, users were reportedly required to arrange their own telephony equipment.

Now, more users who subscribed to GigaFiber during the early stages of its preview testing and paid a fee Rs. 4,500 (also receiving optical network terminal) are now apparently being cherry-picked to try out the Jio Fixed Voice landline service. 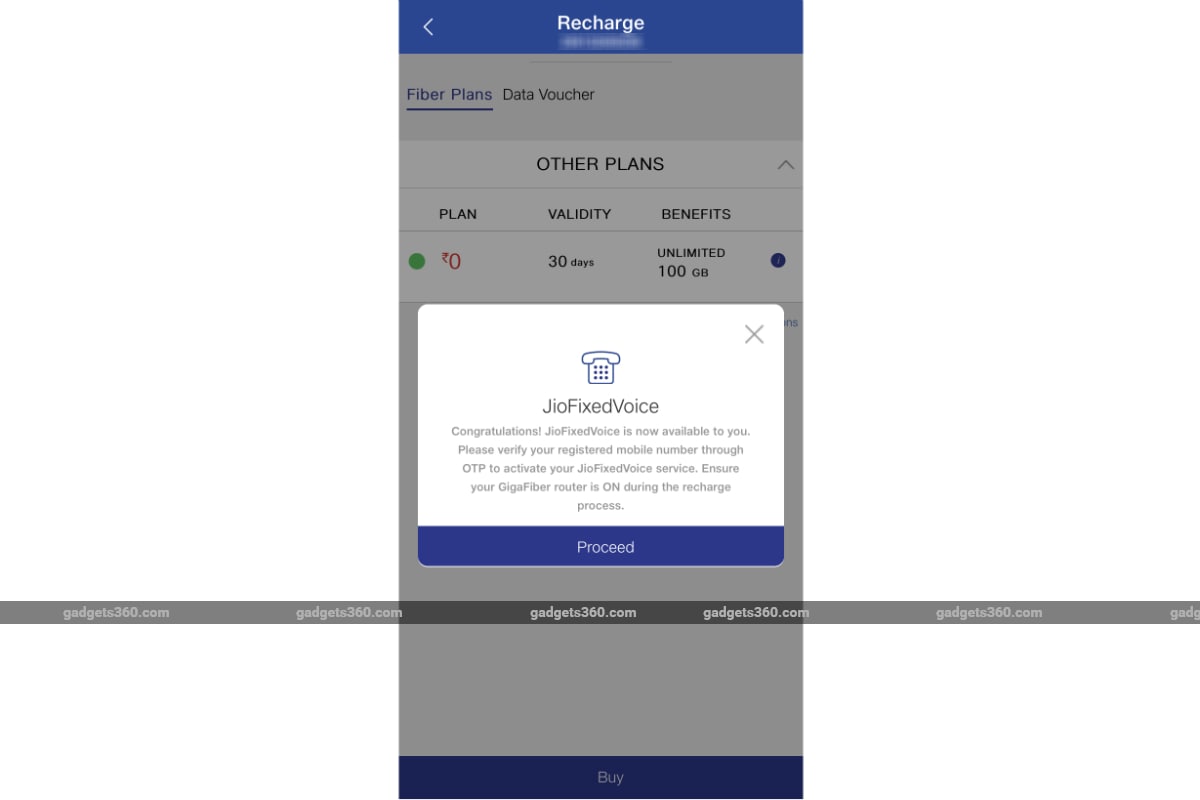 The selected GigaFiber subscribers are being asked to verify their registered mobile number so that they can take advantage of the Jio Fixed Voice service following its activation on their account. It appears those who paid a Rs. 2,500 security deposit and received a single band router are not eligible for the Jio Fixed Voice trial.

At the Reliance AGM 2018 in June, Jio GigaFiber was labelled as an all-in-one solution that combines broadband, IPTV, landline, video conferencing, virtual reality gaming, and many other services. It appears that Reliance Jio is slowly inching towards achieving that cross-category presence starting with the Jio Fixed Voice landline service.